Wojciech Szczesny was in Italy today to complete his loan move from Arsenal to Roma.

The Polish goalkeeper confirmed on his official Instagram account on Monday morning that he was to join the Giallorossi for the 2015-16 season.

The 25-year-old flew into Fiumicino Airport this afternoon and happily posed with a Roma scarf, despite having yet to finalise his Arsenal exit. 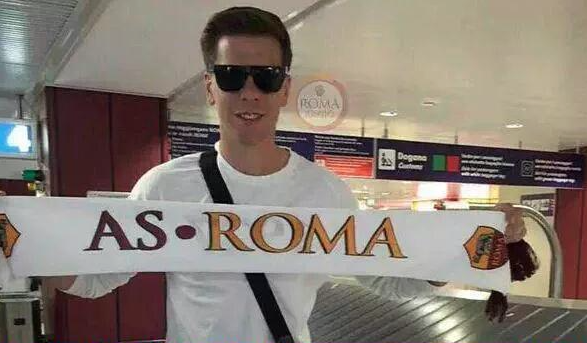 Szczesny began last season as number one at the Emirates Stadium, but was dropped for David Ospina after a series of poor performances and a couple of disciplinary problems.

He was knocked further down the pecking order in June when Arsene Wenger raided Chelsea for proven stopper Petr Cech, but the Frenchman has insisted that Szczesny still has an Arsenal future.

Szczesny has made 170 appearances for the Gunners since making his debut in 2009.