Essendon star forward Jake Carlisle is being circled by a number of rival AFL clubs, according to his manager Anthony McConville.

The 23-year-old comes off contract at the end of the 2015 season and is yet to put pen-to-paper on a new deal with the struggling Bombers.

McConville told Channel Seven that Carlisle would have no trouble finding another club should he not come to an agreement with Essendon.

“There’s a lot of interest in Jake, no doubt, but at the moment (he) just wants to play good football,” McConville is quoted as saying by AFL.com.au.

“We’ll revisit it (at) the halfway point of the year and the dialogue’s always open with Essendon, they know where we’re positioned and that’s where it’s at.”

Essendon have performed below expectations so far in 2015 and currently sit in 10th on the AFL ladder with a 4-5 record.

The Bombers face fellow mid-table side Geelong on Saturday at Etihad Stadium, with both sides no doubt viewing the clash as a winnable game.

Carlisle kicked 1.3 in Essendon’s loss to Richmond in round nine and will be wanting for a much-improved performance against the Cats.

The Calder Cannons product has played 76 games for the Bombers since being selected at pick no.24 in the 2009 AFL Draft. 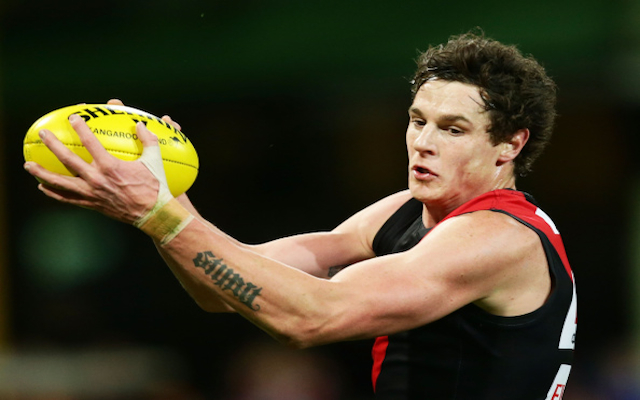