After two weeks of Oscar Pistorius’ murder trial it has been sensationally revealed that some of the testimony given by Afrikaans speaking witnesses has been misrepresented.

With 11 official languages you could expect South Africa’s courts to be well equipped to handle testimony in whatever the tongue.

But during two weeks of testimony in the State vs. Oscar Leonard Carl Pistorius, a string of Afrikaans speaking witnesses have been forced to switch to English to avoid being misinterpreted.

“This is the grossest incorrect interpreting that I’ve seen or heard in a long time,” said Johan Blaauw, chairman of the South African Translators’ Institute.

His organisation is so outraged it has offered to supply an accredited interpreter free of charge, but is still awaiting the court’s response.

Signs of trouble have been there from the first day.

One court-appointed interpreter — perhaps cognisant of the whirlwind that engulfed a fake sign language interpreter at Nelson Mandela’s memorial — reportedly fled after learning she was to work on such a high-profile case.

During the first week of the trial, Pistorius’s neighbour, Michelle Burger, began to testify in Afrikaans about hearing screams and gunshots on the night of Reeva Steenkamp’s death, but was forced to stop to correct the struggling interpreter.

When Burger said events after the shooting were “deurmekaar” it was translated as “confused” prompting defence lawyers suggest her recollection of events might also be confused.

Burger was forced to explain she meant “chaotic” and later opted to switch to English instead.

On Thursday when former police officer Giliam van Rensburg took the stand there was yet more evidence of bungling.

Again speaking in Afrikaans, Van Rensburg described finding the lifeless body of the athlete’s girlfriend Reeva Steenkamp covered in towels, which were rendered “hand clothes” by the interpreter.

Several witnesses and experts are Afrikaans speaking — the culture of predominantly Dutch descendants is still strong in the South African capital Pretoria.

Despite being able to communicate in English, many, like Burger, chose to testify in Afrikaans because they felt more at ease in their mother tongue.

Like Burger, others also switched to English mid-testimony or even mid-sentence out of frustration at poor interpreting.

Lawyers for the prosecution and the defence have also interrupted proceedings to correct translations. 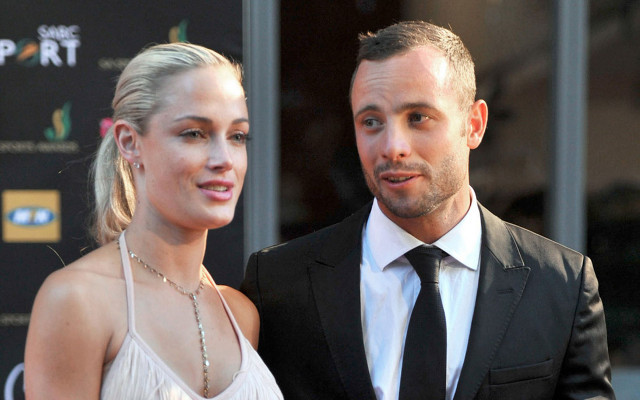 Experts worry these errors may have serious consequences for the trial.

“If any of the findings were to hinge on some of these inaccuracies, this could have a serious effect in the final finding,” Blaauw said.

And switching to their second language did not always help witnesses, who suddenly had to give precise descriptions of events over a year ago with a poorer vocabulary and under fearsome cross-examination.

“I think it is difficult to testify in a second language. One reason why it is hard is because the person who must act as witness is under pressure as well,” said Renee Marais, who manages translation and interpreting studies at the University of Pretoria.

“If you are not speaking in your first language you may just choose the word that is slightly inaccurate because that is the first that comes to mind,” he said.

The Afrikaans speaker said he did not “bother” to investigate certain pieces of evidence which fell outside his brief.

A native speaker would no doubt have used a more formal formulation.

With such problems in a high-profile trial, many in South Africa worry the picture may be even worse when the cameras are not rolling.

“If this is what is happening in a prominent case such as this, how many miscarriages of justice are happening every day in our ordinary courts?” Blaauw asked.