After guiding the Oregon Ducks to the College Football Playoff Championship, head coach Mark Helfrich was rewarded with a contract extension.

Oregon head coach Mark Helfrich has proved that the Ducks can win without Chip Kelly, who departed after the 2012 season to become the head coach of the Philadelphia Eagles.

After questions of whether the Ducks could remain an elite program, Helfrich immediately put these whispers to rest after being promoted from the offensive coordinator post.

Oregon has a 24-4 record in their last two seasons, and Helfrich was able to guide the Ducks to the College Football Playoff Championship in its first year since its inauguration. They lost, 42-20, to the Ohio State Buckeyes.

This season was not without its shining moments though as quarterback Marcus Mariota also became the first Oregon football player to win the Heisman Trophy.

For helping the Oregon offense remain a force and guiding them to the national championship, Helfrich has been rewarded with a five-year, $17.5 million contract extension.

He will have his biggest challenge ahead of them though as Mariota is headed to the NFL, and it will be difficult to replace a Heisman winner with what will likely be Eastern Washington transfer Vernon Adams. 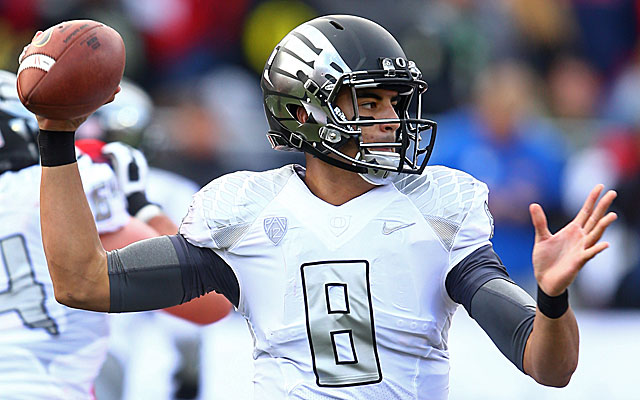