Teams are staying away from wide receiver as his personality raises concerns.

NFL scouts are scared off by Dwayne Bowe’s off-field issues, according to Peter Kind of SI.com.

The talented wide receiver is out of contract this year and, whilst he is likely to re-sign with the Kansas City Chiefs, it may be because no other team will go near him rather than the high asking price.

Scouts have told that the reporter: “[We] like him a lot, but not sure what we’d be buying if we signed him. Too much baggage.”

With such a vast amount of money being invested into players, head coaches and owners want to make sure that their players will act in a responsible manner both on and off the field, and be a positive face of the franchise – something which the 28 year-old cannot profess to have been at Kansas City.

Last year, the former first round draft pick demanded a trade mid-season after the team’s poor start, raising concerns over his leadership qualities, and his reputation was hardly enhanced when he waited outside the stadium to gain an autograph from Peyton Manning, who had just led the Denver Broncos to a 17-9 in Kansas.

This illustrated his lack of care after a defeat to a big divisional rival and once again showed the poor example the 6ft 2in target man was showing to the younger players on the franchise.

The receiver will likely get a new contract in Kansas as they look to reinvigorate the team into a playoff contender, but if Bowe wants to get paid well, a change in personality will be needed before a team will take a chance on him. 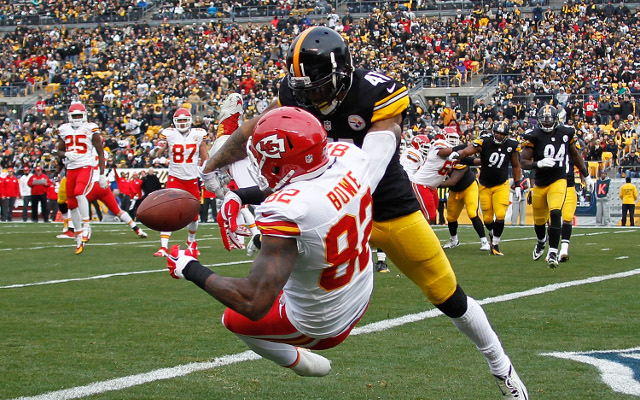