The Pro Bowl referees will be using Microsoft tablets to experiment with faster instant replay.

Instant replay is becoming an even hotter issue in the NFL in wake of controversial calls throughout the playoffs.

The Detroit Lions were eliminated from the playoffs in the first round after a pass interference call was overturned, and the Dallas Cowboys had a catch by wide receiver Dez Bryant overturned after a challenge flag was thrown despite it appearing to be a catch.

The Pro Bowl will see officials testing out video instant replay in an effort to speed it up and make difficult calls more accurate.

Football operations chief Troy Vincent commented on the plans for the Pro Bowl.

“The test in the Pro Bowl gives us the opportunity to see the practicality of the technology in game-time situations, make adjustments or improvements where necessary, and also gauge the usefulness of it to officials,” Vincent told the Associated Press.

The officials will be using a Microsoft tablet to do instant replays, and this is presumably an effort to keep the officiating honest. 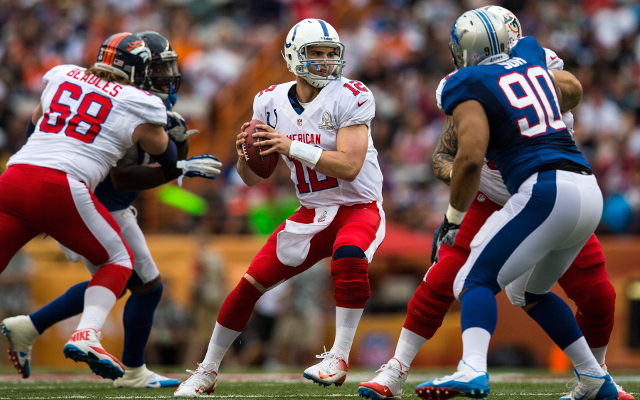