The Hammers have used the new strip to mark their final season at Upton Park – also known as the Boleyn Ground – before their move to the Olympic Stadium.

West Ham have been at the Boleyn Ground since 1904.

The new kit is based on the one first worn by Hammers at their famous old stadium.

Forgetting the meaning of the kit for a minute, it is just worth mentioning that it is a bloody nice strip in its own right.

West Ham’s shirt is much nicer than those of London rivals Arsenal, Spurs and Chelsea. 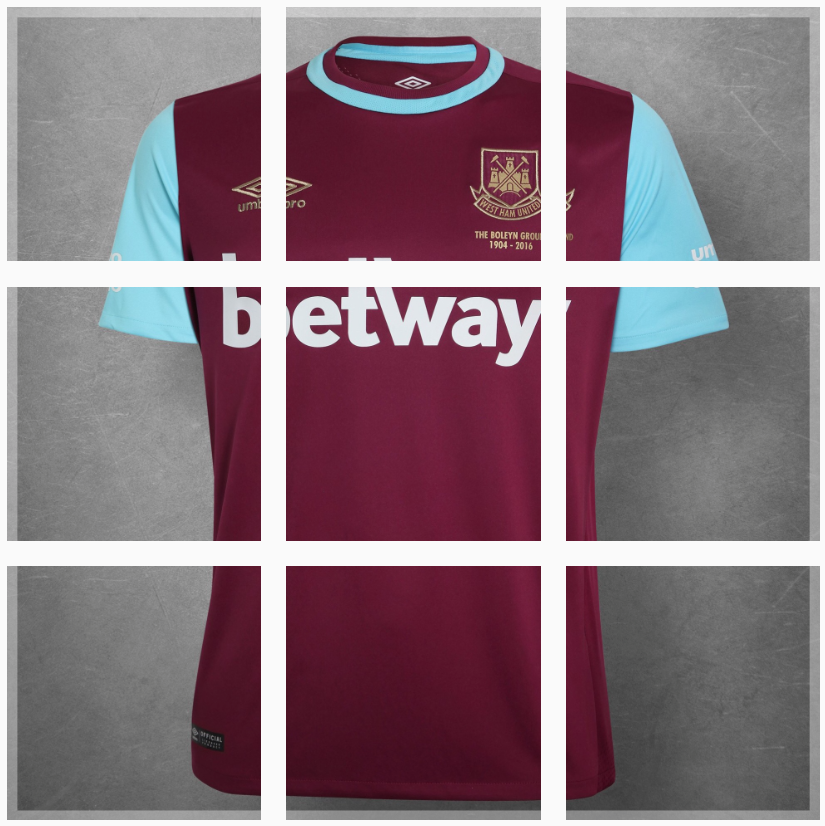 THE BOLEYN KIT 2015/16: 10,000 supporters turned out to watch West Ham United beat Millwall 3-0 in the first league game at the Boleyn Ground on 1 September 1904. 1904: the inspiration behind the final season Boleyn kit. ‪#‎FarewellBoleyn