Arsenal’s 2015-16 away kit has not yet been officially released, but the new Gunners shirt has been spotted in shops already.

The kit, which you can take a sneak peak at right here, will be officially unveiled this week during Arsenal’s preseason trip to the Far East.

Arsenal’s Premier League game at Crystal Palace on August 16 will be the first competitive match in which the Gunners wear their new away kit.

Check out Arsenal’s other new kits by clicking on the links below. 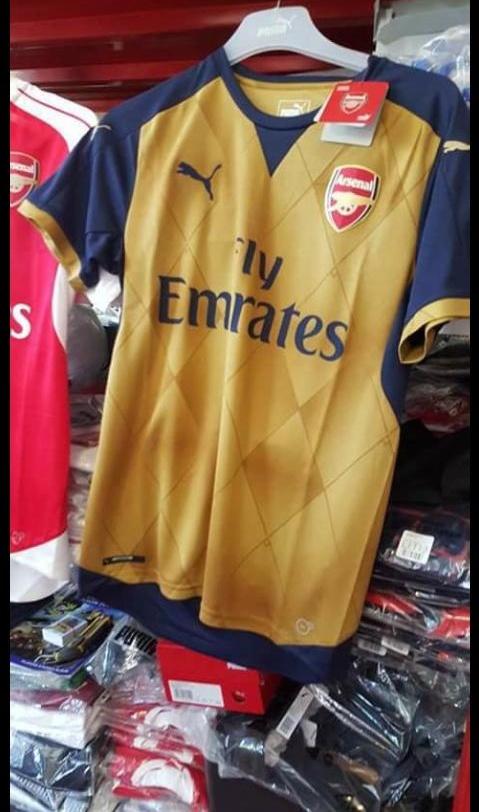