Jeff Van Gundy has slammed the Chicago Bulls for their firing of Tom Thibodeau as he believes that the process “absolutely reeked of a lack of class”.

Van Gundy and Thibodeau are close friends and have previously worked together with the New York Knicks, and the ESPN analyst hasn’t been shy in sharing his thoughts on the deterioration of the relationship between the former Bulls coach and his previous employers.

While he wasn’t impressed with the manner in which the organisation fired Thibs, the statement that they released confirming the decision was also widely criticised.

Instead of using it as an opportunity just to praise his work and wish him well, they included an indirect dig at him for his inability to work within the culture created within the organisation.

As a result, there was obvious bitterness on the part of chairman Jerry Reinsdorf and general manager Gar Forman, despite their suggestions during the tenure that all was well.

Further, Reinsdorf accused Thibodeau of making the intricacies of their relationship public, essentially suggesting that Van Gundy was a mouthpiece for him as he criticised the front office during calling a Bulls game back in January and accused of them of trying to push him out.

The entire situation didn’t end well for any of the parties concerned, and ultimately it was a shame given the work that Thibodeau did in Chicago in ensuring that they competed every year and had a great regular season record.

Bulls fans will hope that the appointment of Fred Hoiberg will bring them greater success both on and off the court moving forward as he will ultimately be a better fit. 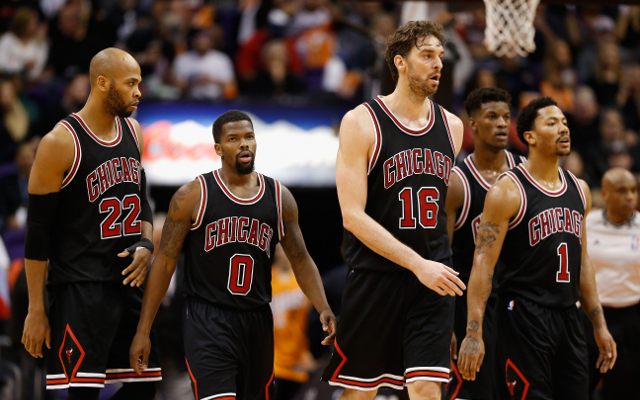