Toronto Raptors star Anthony Bennett looks in good shape in pre-season as he produced this dunk against the Los Angeles Lakers on Thursday night.

The former No.1 overall Draft pick moved to Toronto this summer in a bid to discover his best basketball after a difficult start to life in the NBA.

Having been selected by the Cleveland Cavaliers, he was traded to the Minnesota Timberwolves where injuries continued to play a detrimental role in his progress.

However, the Toronto-native now has an opportunity to shine with the Eastern Conference outfit, and Lakers star Robert Upshaw certainly found out the hard way as to what Bennett’s rivals can expect this season.

Whether or not the 22-year-old can live up to the expectations over the coming years remains to be seen, but he will certainly hope to use the pre-season as a building block for a successful year both individually and as a team. 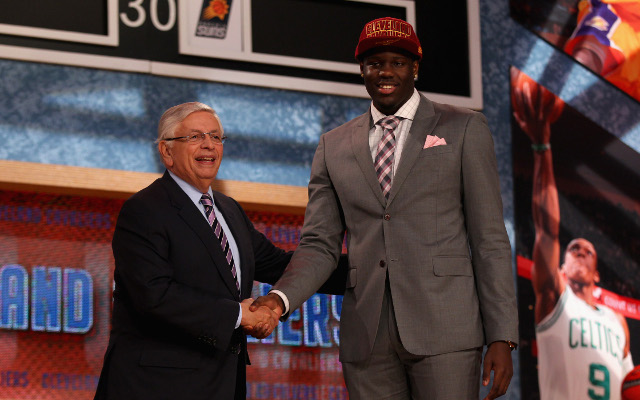