Spanish newspaper El Mundo Deportivo have put their case together for why Barcelona star Lionel Messi should be awarded the Ballon d’Or this year, and we have to say that it is pretty air tight.

This year’s award is set to be a fight between Real Madrid superstar Cristiano Ronaldo and Bayern Munich goalkeeper Manuel Neuer.

Ronaldo added the Champions League to his ever growing trophy cabinet, whilst Neuer picked up the Bundesliga title and the World Cup.

And whilst Messi didn’t collect any trophies in 2014, the paper still believe that there is enough evidence to hand him the crown. 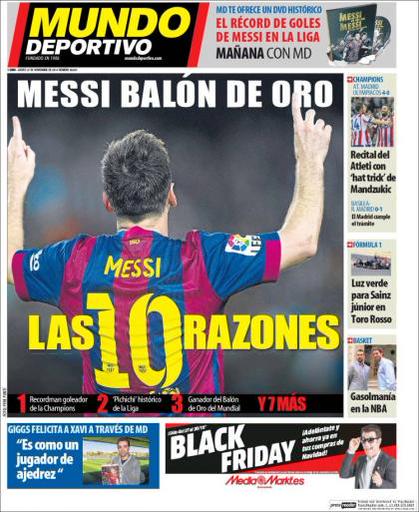