Michigan is becoming more serious in their pursuit of Jim Harbaugh as their head coach as they have offered him a hefty contract.

Michigan has fired Brady Hoke as their head coach after four seasons, and they have launched one of the most high-profile head coach searches in college football.

The hunt is continuing, and San Francisco 49ers head coach Jim Harbaugh has become a popular candidate to coach the Wolverines, where he went to school and played quarterback from 1983-86.

Michigan let the 49ers head coach know they are serious by offering him a six-year, $48 million contract. Harbaugh is reportedly wearing out his welcome in San Francisco, and the 49ers will miss the playoffs after falling to 7-7.

NFL Network national reporter Ian Rapoport covered this story. “Jim Harbaugh has not yet told Michigan a definitive no,” the reporter said to NFL Network.

If Harbaugh is hired by Michigan, he will become the highest-paid coach in college football over Alabama’s Nick Saban, who makes $7 million per year.

Harbaugh has had previous success at the college level with Stanford, who he was able to lead to a 12-1 record and Orange Bowl victory in the 2010 season as they finished fourth in the nation.

Stanford’s continued success has been largely attributed to him turning the program around. 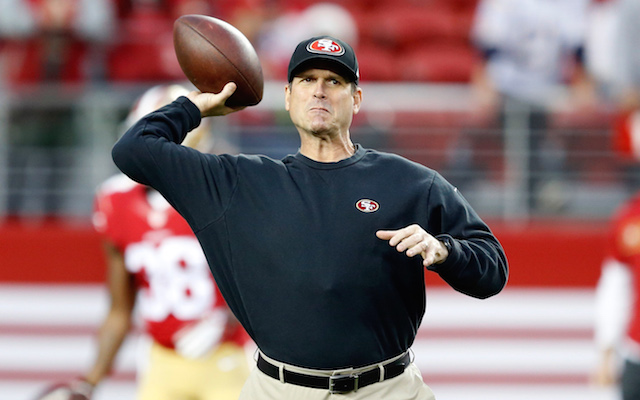 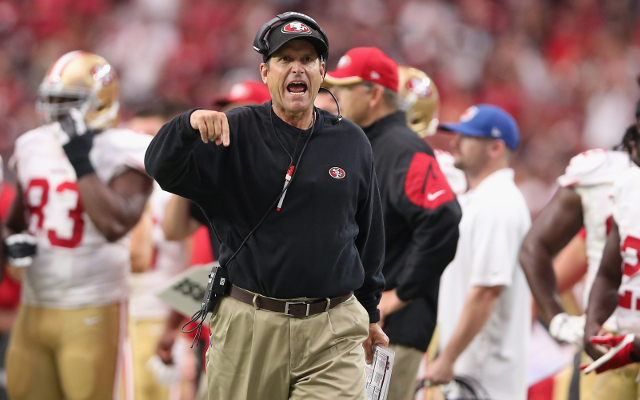