fanatix | Football | Serie A | AC Milan | Manuel Pellegrini should be SACKED & five other managers, including ex-Chelsea & Liverpool boss, need to get the boot too

Manchester City’s 4-2 mauling at the hands of bitter rivals Man United on Sunday turned up the heat on Blues boss Manuel Pellegrini – and rightly so.

A return of four wins from their last 15 matches in all competitions is not befitting of a side looking to retain their Premier League title – in fact it is more like relegation form.

The Chilean has overseen a shocking slump in form since the turn of the year, having already exited the League Cup last November. In 2015 the Blues have been dumped out of the FA Cup by Championship outfit Middlesbrough, once again failed to reach the Champions League quarter-finals and dropped like a stone in the league table.

With six games remaining and no silverware left to play for, they find themselves scrapping to simply secure qualification for Europe’s biggest club competition – not what Sheikh Mansour had in mind when he parted with his first billion pounds.

Pellegrini has to go. He won the title in his first season, but largely because Liverpool threw it away. He lifted the League Cup, but never came up against a top-six team throughout the competition.

His tactical naivety saw him go with a static 4-4-2 formation against Barca for the second year running and it was punished in the most brutal fashion by the Catalan giants, sending the Blues out of the tournament once more.

He doesn’t know his best team, he and the players appear to have run out of ideas, and standards have slipped to their lowest since the tail-end of the Mark Hughes era. 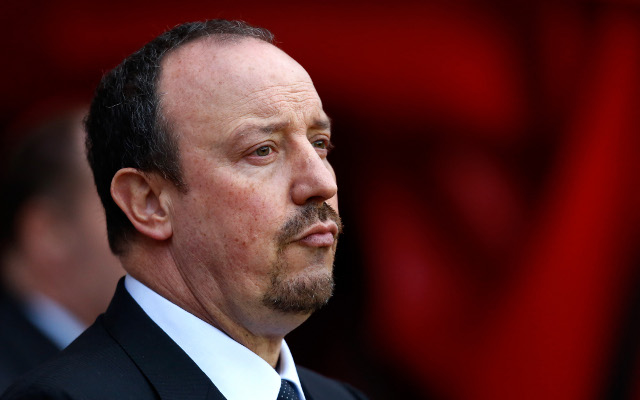 Former Liverpool and Chelsea boss Benitez enjoyed a promising first season at Napoli, but this term form has fluctuated and they have slumped at the business end of the campaign, with the side now out of the Coppa Italia and in a battle to qualify for the Champions League.

Never one to stay anywhere for too long these days, Benitez is likely to suffer the axe at the hands of outspoken president Aurelio De Laurentiis following four straight away defeats, unless the Spaniard leaves of his own accord.