Man United target Gregory van der Wiel has hinted he could move away from the Paris Saint-Germain this summer.

Van der Wiel has worked with Louis van Gaal with the Dutch national team and has been linked with a move to the Red Devils in recent months.

United have already announced the signing of Matteo Darmian from Torino, however, Brazilian defender Rafael looks set to exit the club this summer leaving Van Gaal light in the right-back position.

Van der Wiel has won the Ligue 1 title with PSG in all three seasons he has played for the club since joining from Ajax in 2013.

The 27-year-old said his future was up to the club and that he was a PSG player “for the moment”.

“I’m at Paris Saint-Germain for the moment,” he told Le Parisien, as reported by Daily Express.

“You’d have to ask the club [about a transfer]. My future depends on what the club decides to do.”

Van der Wiel has won 41 caps for Netherlands and would surely provide Darmian with strong competition for a starting spot at right-back. 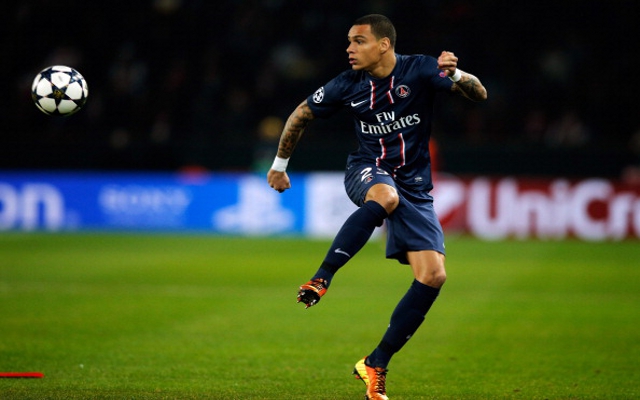