Man United are seemingly closing in on a loan deal for young striker James Wilson, with reports suggesting Cardiff and Bolton have joined the race for the player.

The England Under-20 international has been heavily linked with a loan move away from Old Trafford, with BBC Sport last week claiming the 19-year-old was close to joining Derby County on loan.

However, The Mirror reports Championship duo Bolton and Cardiff have now also joined the race for the highly sought-after striker.

Cardiff boss Russell Slade hinted the Welsh outfit would be keen on making a move for Wilson.

“He’s obviously a player of strong ability. Manchester United think a lot of him,” Slade is quoted as saying by The Mirror.

“There would be something wrong if everyone turned away when he was available. It’s not a no from us.”

Bolton manager Neil Lennon said there would surely be “interest” from his club should Wilson be made available.

“I think Manchester United have said there’s half a dozen clubs in for him and I could understand that. There would be an interest there, no question.”

Wilson has dropped further down the pecking order at Old Trafford following the addition of Anthony Martial on deadline day.

Despite his lack of first-team action with United, Wilson showed his goalscoring touch after netting the winner in for the England Under-21’s against USA Under 23’s on September 3. 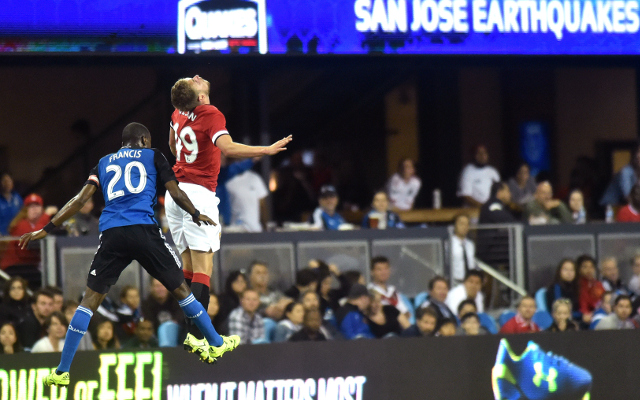