NBA team take a silent stance over the hottest issue in American sport.

It was always going to be one of the most eagerly anticipated games of the playoffs – and much of it did not relate to who was going to win and why.

In the wake of one of the most turbulent weeks of the Los Angeles Clippers’ history, which is saying something, the team tried to put controversy, analysis and media speculation behind them.

And none of those critiques were due to their performances in the first-round series against the Golden State Warriors.

After owner Donald Sterling’s shocking, but not unexpected, racist comments against Afro-Americans came to light this week, the heat was always going to on the Clippers team, much of which is black or mixed heritage, for them to make a stand against their own team owner.

And what they did struck the right balance between powerful and poignant and the need to get down to business and not throw away months, and it can be argued, years of hard work because of the ignorance of one person.

Los Angeles players hit the court at the Oracle Arena and stage a silent protest reminiscent of Tommie Smith and John Carlos’s iconic “Black Power” salutes at the 1968 Mexico Olympics. 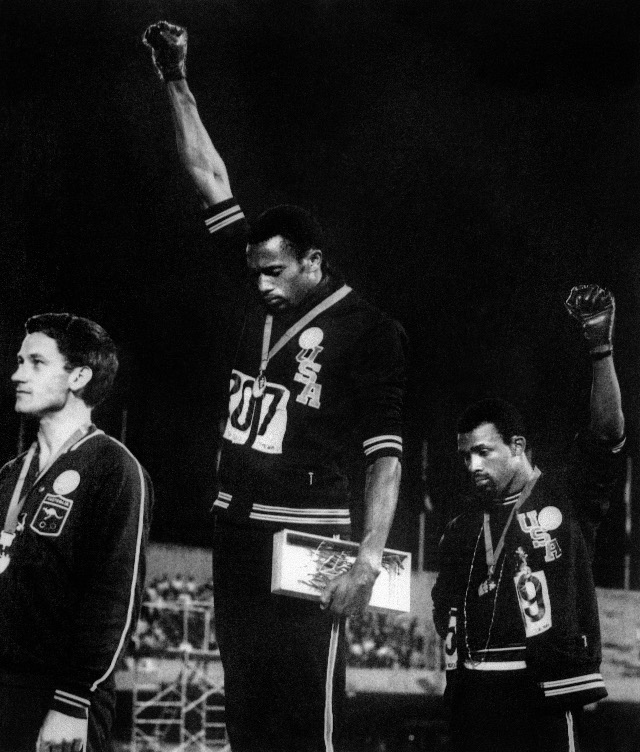 The Clippers before their pre-game shoot-around went to half-court and took off their warm-up uniforms and tossed the outer layer on the ground.

They then went on with their pre-game shoot-around with their red Clippers’ shirts on inside out, shunning the logo that has now been associated with blatant racism.

The team also wore black wristbands and armbands during the game as well as black socks. 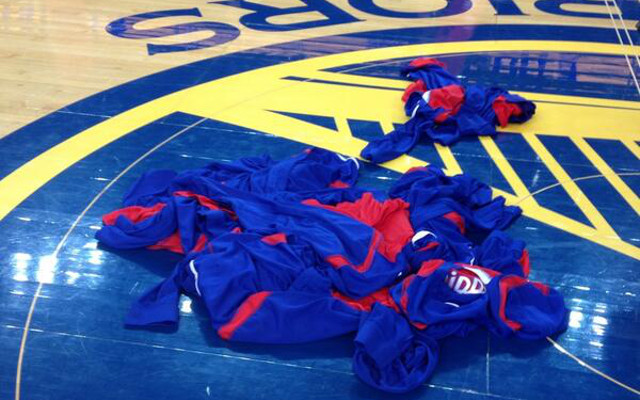 fanatix believes the move by the Clippers was the right one and did enough to show the playing groups feelings towards the controversy.

As a team with a large percentage of the roster made up by black players, LA would have felt obligated to do something, anything, to distance themselves from Sterling’s alleged comments or risk being shunned by outspoken members of the community and a figurehead such as Chris Paul would have been under huge pressure inside his own mind to be seen as leading from the front against his owner.

All of this would have been swirling inside their heads while approaching a crucial game four, which could have seen them take a stranglehold on the series, instead they faltered as much as the Warriors stepped up.

Clippers coach Doc Rivers said he was not overly thrilled by the silent protest from his side, but said the Sterling controversy would not stop his side doing what they had trained to do for the rest of the series.

“Our message is to play,” Rivers said.

“Our message is that we’re going to let no one and nothing stop us from what we want to do. And I think that’s a good message, I really do. I think that’s the message we’re trying to send.” 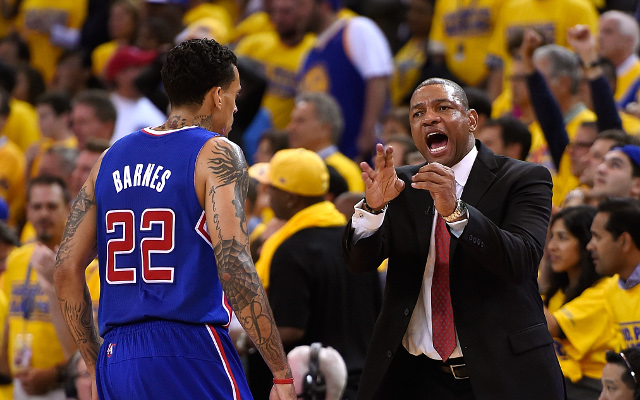 However, after the Warriors defeated the Clippers 118-97 and squared the series up at 2-2 heading into game five at Staples Center, Rivers said he needed to do a better job at getting his side’s focus back on the game itself.

“Whatever the distractions, I gotta do a better job. I didn’t do my job tonight,” he said.

“I take that personally, it’s my job as a coach to get them ready and I just didn’t feel like I did the right stuff.”

Of course the result will imply Doc “didn’t do his job” because the goal was to win and the side could not do that, but getting the first 48 minutes after the Sterling story broke is the best thing that can happen to the team as they get back into the routine of training, preparing and playing.

What to do with Sterling if his comments are proven to be spewed forth from him?

What happens to his hold on the Clippers franchise?

All up it proves the first real test of new NBA boss Adam Silver’s credentials to lead in a time of crisis and make tough decisions.

The NBA product Silver has inherited from previous commissioner David Stern is light-years ahead when he took over the job in 1984 in terms of race relations and how it is perceived by the American public.

However, how the league and the American sporting public should move forward from this is clear.

It should be be about sending a strong message that thoughts such as Sterling’s are archaic and do not belong in the 21st century.

It is easy to get caught up in political chest-beating with issues like these, and fanatix realises that writing an opinion column such as this, that it is contributing to that.

However, this is a chance for the NBA, the Clippers and its players to show the rest of the world that black athletes are not to modern-day cousins of those who worked in servitude for hundreds of years under the brutal oppression of the white man in their country.