Could the world-class Chilean arrive at Anfield this summer…?

Liverpool are chasing Barcelona’s superb Chilean Alexis Sanchez, and while they’ll have to beat off interest from the likes of Arsenal, a transfer remains a possibility.

If they’re to bring in Sanchez, as well as the required left-back and central defender, here’s how the Reds could line up at Anfield next season as they look to better their second placed Premier League finish.

Brendan Rodgers rates his no.1 goalkeeper, who’s currently sitting on the bench for the Belgians at the World Cup. He’s a good shot stopper, and his consistency improved as the season went on. 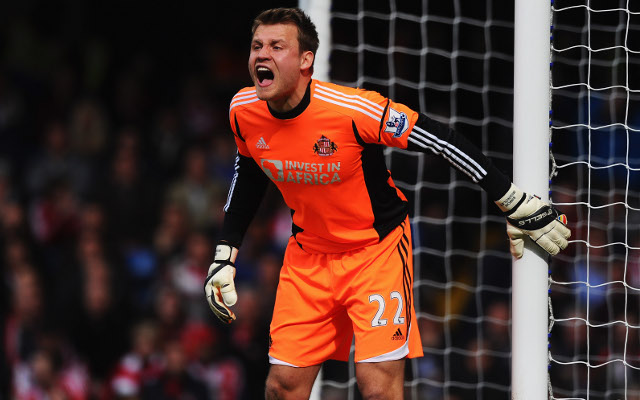