Steven Gerrard is an undoubted Liverpool legend, and he can expect an emotional goodbye from the club when he steps out onto the hallowed Anfield turf for one final time against Crystal Palace on May 16.

The long serving skipper will be leaving the club for MLS giants LA Galaxy at the end of the season, and understandably there will be an unholy clamour for tickets.

However, whereas Liverpool fans can usually expect to pay somewhere between £37-£49 for the privilege, some seats have already emerged online for an outrageous £1,985.

Similarly priced tickets have also surfaced for around £1,500, whilst the lowest prices have bottomed out at around £400.

Liverpool have already said that they have sold out for the game, but that hasn’t stopped re-sale sites from placing their own exorbitant prices. 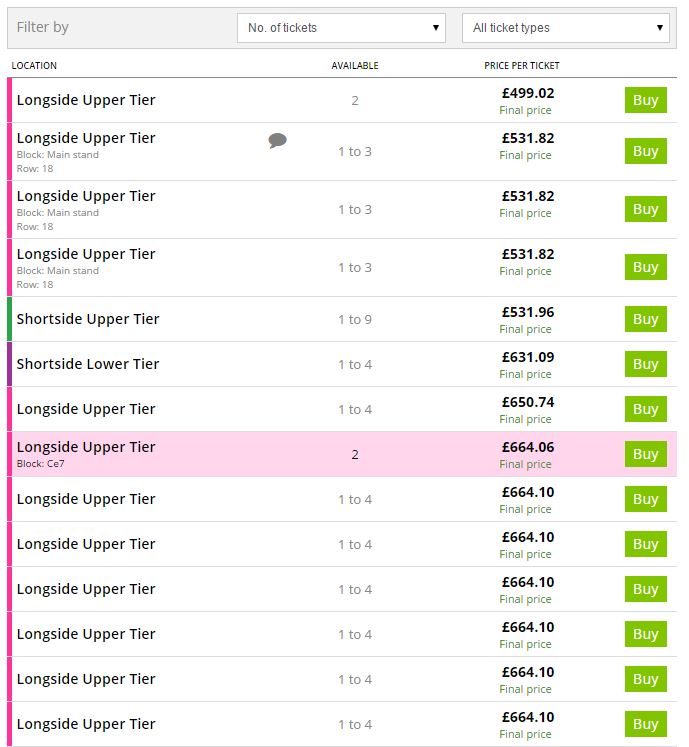