The Utah Utes made a statement by destroying the Colorado State Rams, 45-10, in the Las Vegas Bowl.

No. 22 Utah proved that they deserve to finish the season as a ranked team by demolishing Colorado State, 45-10, and they ended their season with a 9-4 record as the Rams fell to 10-3.

Running back Devontae Booker led the Utes in rushing with 162 yards and a touchdown on 26 carries, and quarterback Travis Wilson contributed in the running game with 91 yards and three touchdowns on 11 carries.

Wilson also threw for 158 yards with a touchdown and an interception on 17-of-26 passing.

For Colorado State, quarterback Garrett Grayson was held to 227 yards with no touchdowns and an interception on 20-of-34 passing, and running back Dee Hart only rushed for 21 yards and seven carries.

Wide receiver Rashard Higgins was able to maintain his season-long production though as he caught seven passes for 109 yards.

Utah’s win gives the Pac-12 a good start in bowl games as they are now 1-0. Meanwhile, the Mountain West conference fell to 0-2 with both Colorado State and Nevada losing their bowl games. It will be up to Air Force to bring the Mountain West its first bowl win.

(Video) NCAA March Madness 2015: #5 Utah advances to Sweet 16 after pulling away from #4 Georgetown 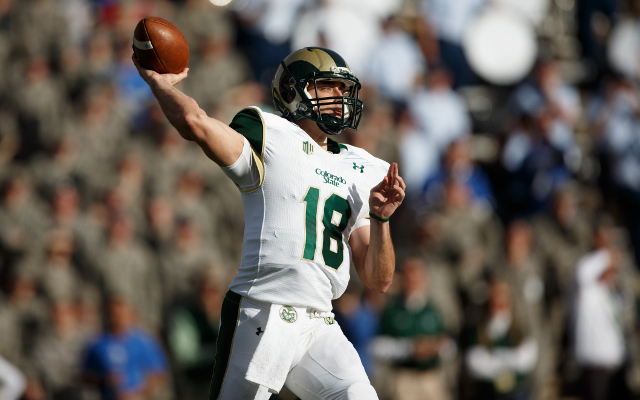