Spinner set to miss final round of Sheffield Shield due to ban.

Botha, 31, pleaded guilty to “repeated inappropriate conduct relating to the condition of the match ball” during his team’s drawn match with New South Wales this week in Adelaide.

He was also reprimanded for using obscene, offensive or insulting language as his team fielded in the first innings of the match, which ended on Thursday.

While Botha pleaded guilty to the ball charge he disputed the penalty but it was upheld by the match referee, meaning he will miss the final round game with Tasmania, starting in Hobart on Tuesday.

South Australia are level with NSW and Western Australia at the top of the shield standings as they chase their first final appearance in 18 years.

Botha has made five Test appearances as well as playing 78 one-day internationals and 40 Twenty20s for South Africa. 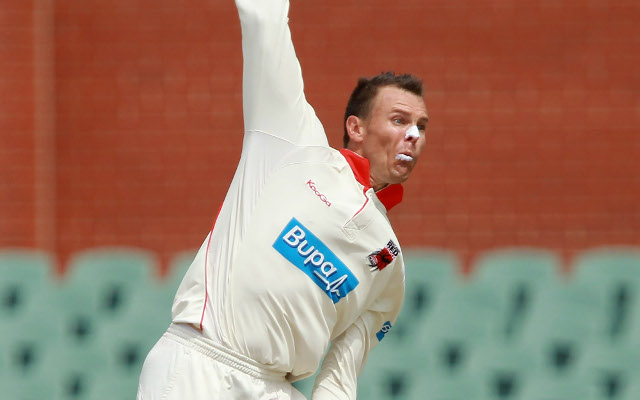