Jacksonville Jaguars wide receiver Justin Blackmon has all the talent in the world, but it has been wasted throughout the beginning of his career as he has been unable to stay out of trouble.

He was hoping to be reinstated for the 2015 season after missing all of 2014 due to repeated violations of the NFL’s substance abuse policy, but this will not happen as his bid has been denied.

Blackmon was a star at Oklahoma State as he caught at least 110 passes while reaching at least 1,500 yards and 18 touchdown catches in his last two collegiate seasons.

He had been suspended one game for a DUI at Oklahoma State, but the Jaguars liked his talent enough to draft him fifth overall in the 2012 draft.

Blackmon showed plenty of promise in his rookie season by catching 64 passes for 865 yards and five touchdowns despite poor quarterback play from the Jaguars.

His career went into a downward spiral after that though as he committed two substance abuse violations to receive an indefinite suspension.

He was arrested for marijuana possession in the 2014 summer, which was the final straw and likely why he was denied reinstatement for 2015.

This is why the Jaguars drafted two wide receivers in 2014. Allen Robinson and Marqise Lee will both look to take the next step in their second seasons, and Blackmon’s days with the Jaguars and possibly the entire NFL are behind him. 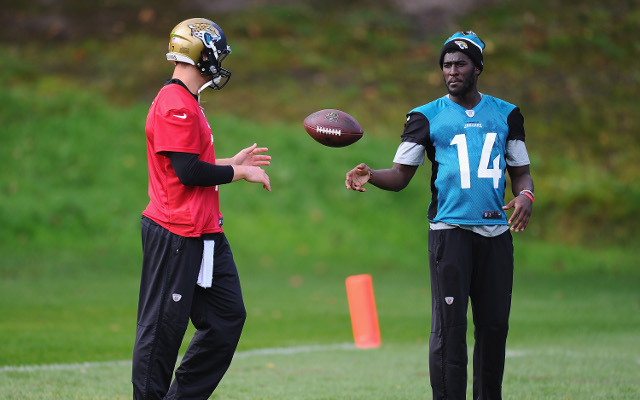