Tennis hottie Eugenie Bouchard certainly seems to be taken on her own advice to ‘relax more’ after crashing out of the Miami Open as she hooked up with Sports Illustrated model Hannah Davis.

Bouchard has had to contend with unexpected losses in both Miami, to Tatjana Maria in the 2nd round, and in Indian Wells two weeks ago to world no. 85 Lesia Tsurenko in recent weeks.

However she looked back to her cheery best at a promotional event with fellow Canadian Walsh Jennings and Sports Illustrated model Hannah Ward at the Crandon Park Tennis Center.

Despite a breakout campaign last year which saw her reach the Wimbledon final, Bouchard has struggled throughout 2015 since her quarterfinal defeat at the Australian Open.

The 21-year-old has an inconsistent 6-4 playing record this season and looks unlikely to be the challenger she was expected to be for the now 34-year-old Serena Williams who has so far dominated her competition this year with a perfect 17-0 match record.

See pictures of Ward and Bouchard below: 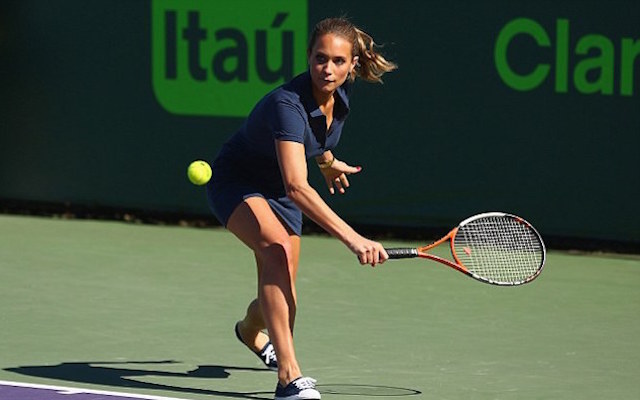 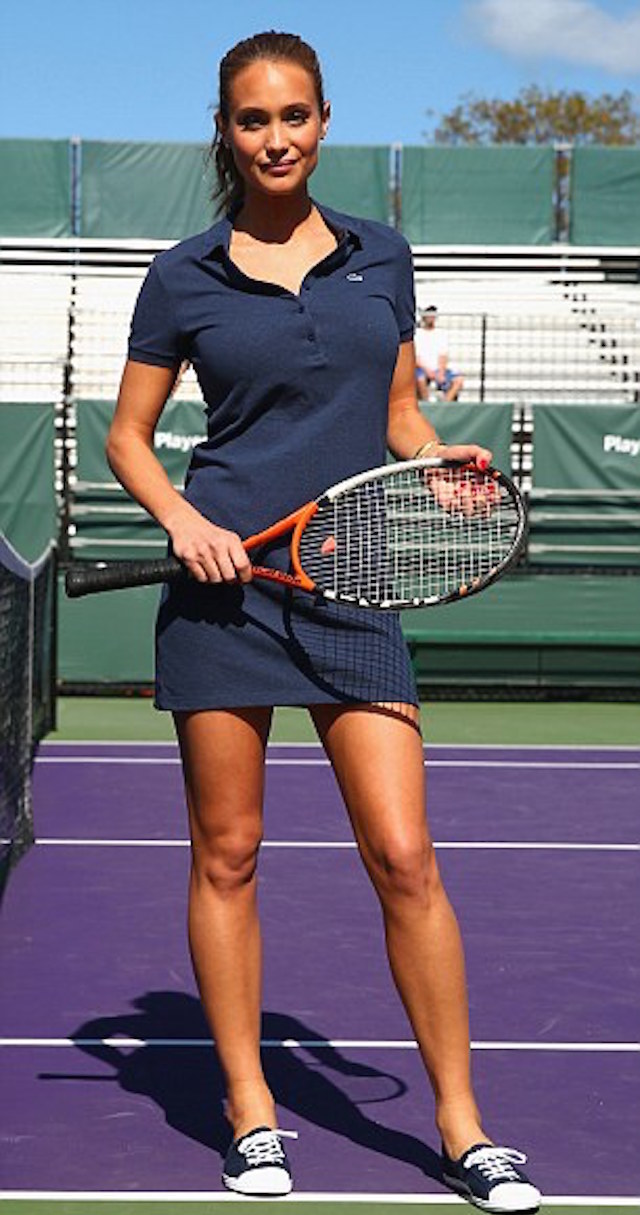