fanatix | Football | Premier League | Chelsea FC | (Image) The Sun are at it again: days after apologising to Chelsea, the tabloid runs the same story 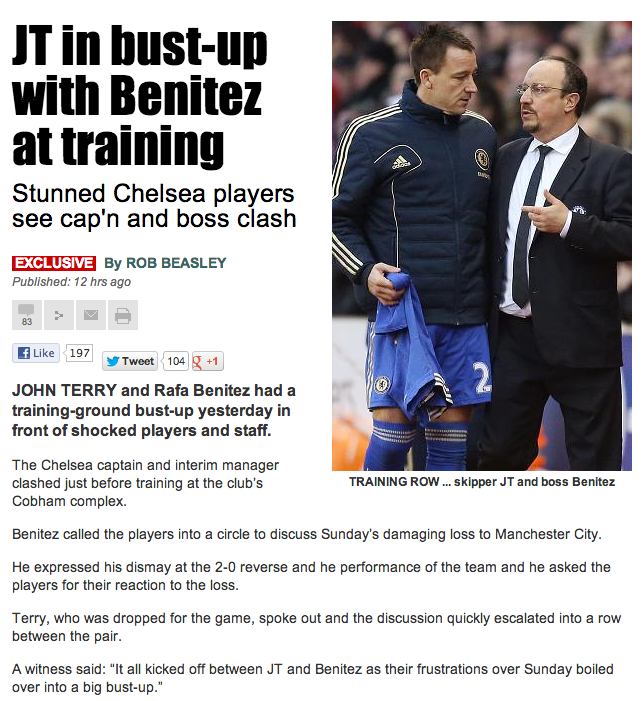 Just days after being forced to issue a grovelling apology to Chelsea for fabricating a row between John Terry and Rafa Benitez, The Sun newspaper is at it again!

The tabloid published a back-page splash on the 17 February, under the headline: “War: JT and Rafa in angry bust-up” but admitted last week: “We now accept no such row took place.”

The incident has not stopped The Sun publishing exactly the same story in Thursday’s edition, which claims that captain Terry and interim boss Benitez were involved in a ‘training ground bust-up yesterday in front of shocked players and staff.’

The exclusive by football writer Rob Beasley did acknowledge last week’s apology, however, but the article is still likely to enrage Chelsea’s officious PR team. 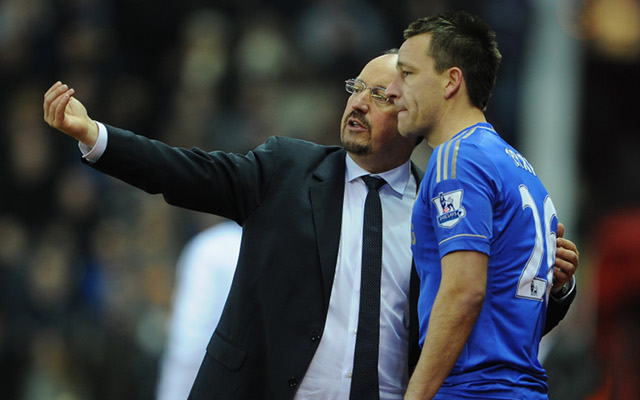