London’s three biggest clubs are battling for two spots in the Premier League top four. Who has the easiest run-in? 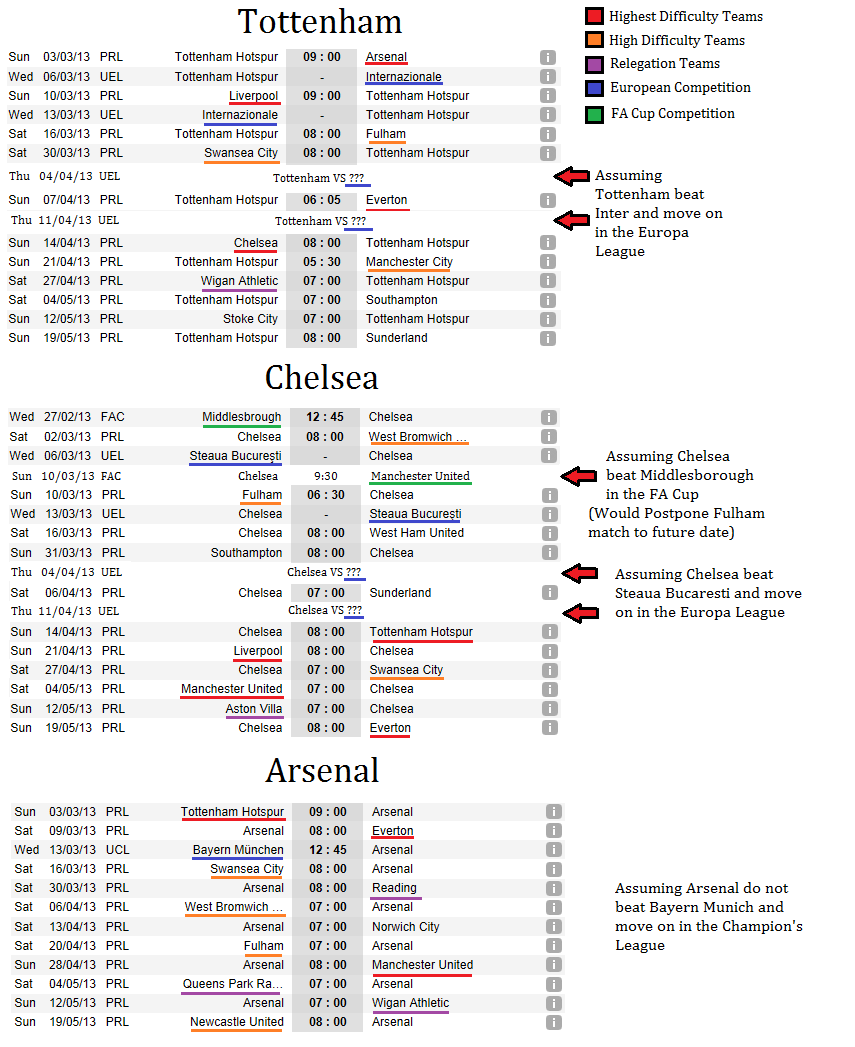 Tottenham Hotspur’s 3-2 win over West Ham on Monday night moved to North Londoners into third place in the Premier League, one point above Chelsea and four ahead of neighbours Arsenal, who lie fifth.

All three teams have played 27 games.

After a shock last minute defeat to Norwich on Saturday, Everton look to be out of the race for fourth place with David Moyes’ nearly men lying nine points below Spurs in sixth.

The race for third and fourth in the league therefore looks likely to be between the three London clubs.

Despite Arsenal’s current points disadvantage, the Gunners appear to have the most favourable run-in, with only Tottenham, Everton and Manchester United to face from the top six, and the likelihood of no European football to worry about after the Champions League last-16 second-leg with Bayern Munich is out of the way.

Spurs, by contrast, face tough away games at Liverpool and Chelsea, and entertain both Arsenal and Man City at White Hart Lane.

The Lilywhites also face a Europa League last-16 double-header with Inter Milan and have limited back-up for strikers Emmanuel Adebayor and Jermain Defoe, and wingers Gareth Bale and Aaron Lennon.

Chelsea face tricky trips to neighbours Fulham, plus Anfield and Old Trafford, as well as a Europa League tie with Steau Bucharesti and there are signs of unrest from both within the dressing room and on the terraces at Stamford Bridge.

There’s no doubt it’s going to be close.