Strikers Federico Higuain, Conor Casey and Landon Donovan have all made the MLSsoccer team of the week for their goal tallies last weekend. Higuain and Casey both scored braces to win their respective teams’ fixtures, while Donovan’s hat-trick was not enough to guarantee LA Galaxy three points, as his team conceded a late goal to give FC Dallas a draw.

Kei Kamara makes into the team for his headed brace in Sporting Kansas City’s win over the Revolution, with Real Salt Lake’s Ned Grabavoy making the midfield for his tireles running and pass completion (41 of 43 passes completed). 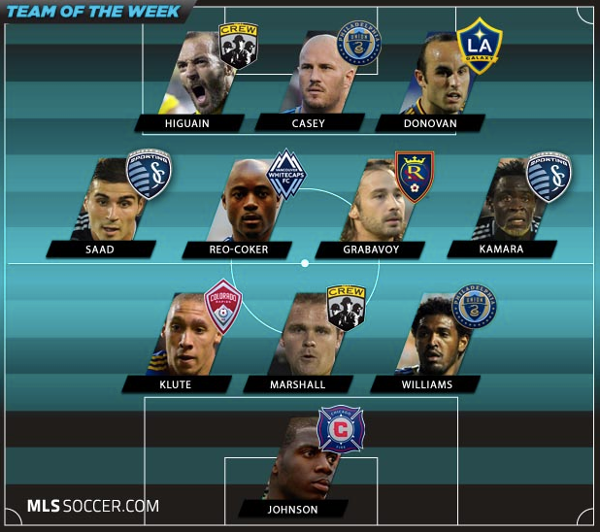