Arsenal midfielder Mesut Ozil strikes us as a flashy guy, and here he is further proving it after posting a picture of himself playing with his newly purchased Apple Watch.

The new gadget has just gone on sale this week, and are undoubtedly set to become the latest fashion accessory amongst football’s elite.

Wasting no time, the Germany World Cup winner got himself down to the Apple store in London to bag the new gadget before posting a snap to Instagram of himself getting a tutorial from an Apple ‘Genius’.

“Excited about my new cool gadget! It’s just like Michael Knight’s watch, but a real one #knightrider #phone,” he said.

The 26-year-old has been pivotal to Arsenal’s resurgence since his return from injury, and he will be looked upon to create some magic against Chelsea this weekend. 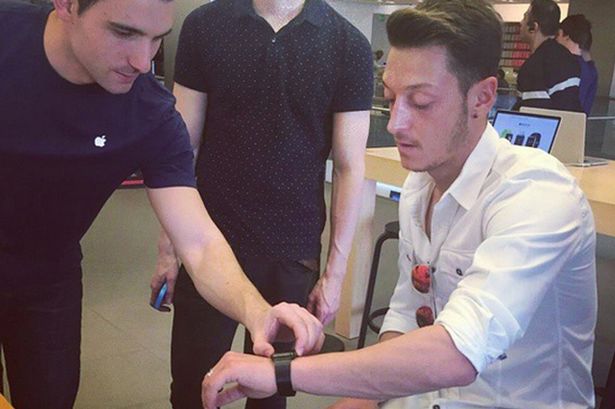