Fred has won Brazil’s golden boot award for the 2014 campaign.

He hit the net 18 times for Fluminense this season.

After a poor World Cup, he will be delighted to have proved his critics wrong.

Palmeiras’ Henrique was second with 16, and Cruzeiro’s Goulart was third with 15. 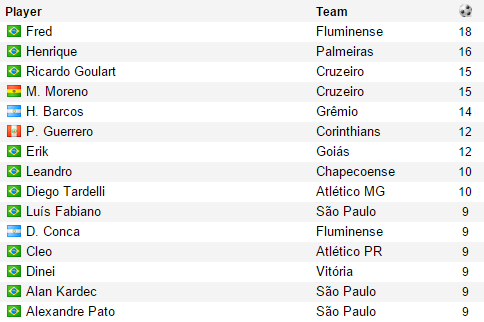