Management team counter reports of such claims saying he is in hospital for routine surgery.

Australian swimming great Ian Thorpe’s handlers on Friday denied he was in rehab for depression and alcohol abuse and said he instead entered hospital for shoulder surgery.

It followed a front page splash in The Sydney Daily Telegraph that the 31-year-old was injured in a fall this week leading his family to seek medical help for the swimmer, with Thorpe reportedly admitted to hospital on Wednesday for depression and alcohol abuse.

“Ian is not in rehab,” his management firm SEL said following the report.

“Ian was in hospital for an operation on his shoulder and is pleased to let his friends and fans know that he is now out of hospital and on the mend.”

The five-time Olympic gold medallist, one of Australia’s most recognised sporting figures, has struggled to adjust to life after swimming and with the disappointment of a failed effort to reach the 2012 London Olympics.

And he has been open about his battle with depression and alcohol in the past.

The newspaper quoted broadcaster Alan Jones, one of Thorpe’s closest associates, as saying: “Yes, it’s serious but there’s not a lot I can or want to add.

“Ian is a beautiful person but he has difficulty recognising his problems.”

Thorpe, who came out of retirement in 2011 in a bid to make the team for London but failed to qualify, released an autobiography in 2012 in which he admitted a struggle with depression and alcohol.

“Not even my family is aware that I’ve spent a lot of my life battling what I can only describe as crippling depression,” he wrote.

“It’s a terribly dark place in which to hide.”

He added: “I suppose it was inevitable that I’d turn to other, artificial ways of managing my feelings, and I found alcohol.”

Thorpe is Australia’s most decorated Olympian with five gold medals at the 2000 Sydney and 2004 Athens Games, with his extraordinary success attributed partly to his abnormally large feet and hands.

He became the first person to win six gold medals at one world championships, in 2001, among 11 world titles overall — along with 10 Commonwealth Games gold medals.

But the demands of a celebrity lifestyle and grinding training sat uncomfortably with Thorpe and he quit in 2006, dabbling in jewellery design and television after his retirement, before the failed comeback.

Fellow Australian Kieren Perkins, considered one of the greatest distance swimmers ever, said a lot of sportspeople struggled after retiring and urged more help.

“I was not surprised at all, I think it happens far more than we know, it’s just that Ian is famous and getting attention,” he told the Sydney Morning Herald.

Perkins, who is now in banking, said he also had trouble with the transition.

“I think there needs to be some cultural change to better support people through this and recognise that the fundamental change that someone goes through in their life when they retire from elite competitive sport is significant and is very difficult for all of us to contend with,” he said.

“There would be many of hundreds, if not thousands of athletes that don’t have the notoriety who are at any one time contending with the same things.” 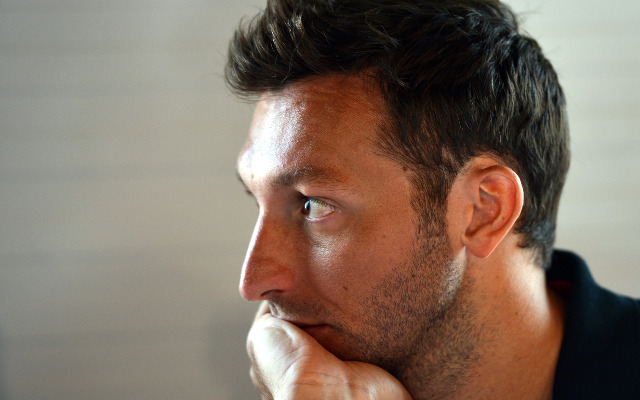