Canberra Raiders skipper Terry Campese is set to be thrown a career lifeline, with English Super League side Hull KR expressing its interest in the former Kangaroos representative.

Campese’s career at the Raiders hangs in the balance after he was dropped to the NSW Cup after a series of poor peformances.

The veteran also failed to turn up to Canberra’s end-of-season awards night, signalling the end of his time with the club.

Hull KR chief executive Mike Smith told Fairfax Media that Campese was amongst a list of candidates that the club was keen on signing.

“He’s been there, done it and got the t-shirt, so we’ve got a tick in the box there,” Smith told The Canberra Times.

“We look at the player, the family background, the history, the age, the injuries, all those factors before we go for a player.

“There’s not many young guys who can command the park like he could, he’s got huge experience and age isn’t a barrier because we’ve seen players playing to 34-35.

“He’s on quite a long list of players. I can’t rule him out but I can’t say it’s anything other than initial inquiries, to be honest, about a number of players.”

The Super League side are in the market for a playmaker after halves Travis Burns and Kris Keating both left the club. 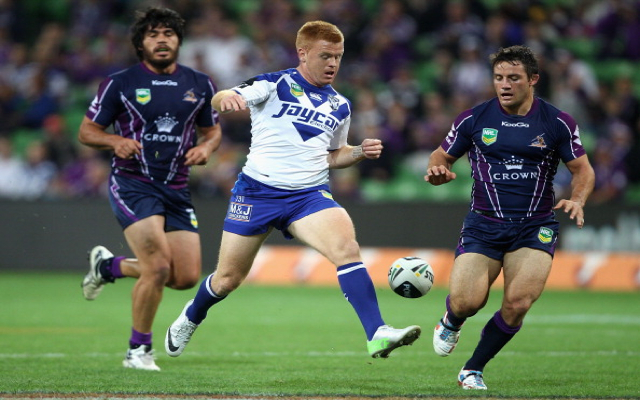