fanatix | Exclude from NewsNow | How would you best spend a £50m transfer budget…?

The Premier League returns this weekend, and The Sun are giving wannabe managers a chance to win a share of a whopping £1,000,000 prize pool with their Dream Team game.

Fancy yourself as a Jose Mourinho or Arsene Wenger? Use your £50m budget – and that buys you a lot more than Raheem Sterling in this game – to assemble the best possible side to launch a title challenge.

Entering a team costs you nothing, although if you simply can’t decide between those two hilarious team names you have come up with – Murder on Zidane’s Floor is a personal favourite – a six-team package is available for a James Milner-like bargain of £7.99. 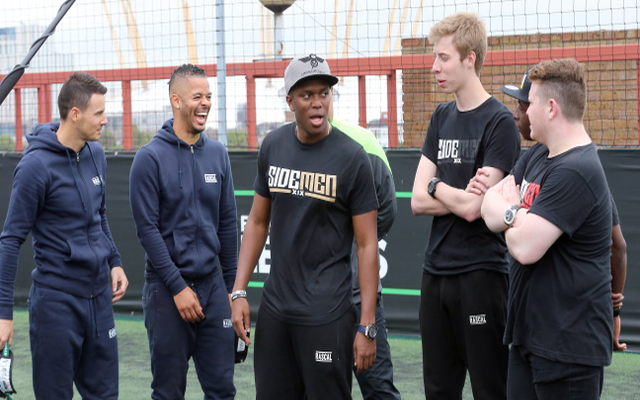 You can set up leagues to compete alongside friends and work colleagues – finally giving you something meaningful to do on those boring Friday afternoons in the office.

And you will even be able to test your knowledge against the likes of Rio Ferdinand and Ian Wright!

Rio might plump for former teammate Wayne Rooney to lead his attack, while Wrighty might fancy Arsenal’s own Theo Walcott to get him some major points on the board.

Even the Wealdstone Raider, KSI, and ArsenalFanTV’s Robbie are playing, and you can check them out in this pretty bizarre video below!