Wide receiver Andre Johnson has been released by the Houston Texans after spending the first 12 seasons of his career with them.

The Texans saved $8.825 million in salary cap space by cutting the 33-year-old receiver, who had been a consistent possession receiver.

They will continue to lean on budding receiver DeAndre Hopkins in the passing game. He experienced a breakout 2014 season with 1,210 receiving yards and six touchdown catches.

He reached 1,000 receiving yards seven times in his career while eclipsing 1,500 three times. He is second among active NFL wide receivers with 1,012 catches and 13,597 receiving yards behind Reggie Wayne.

Johnson will likely sign with a contender for one or two years, as he was able to reach 936 receiving yards in 2014 despite continuing to have an unreliable quarterback throwing to him. 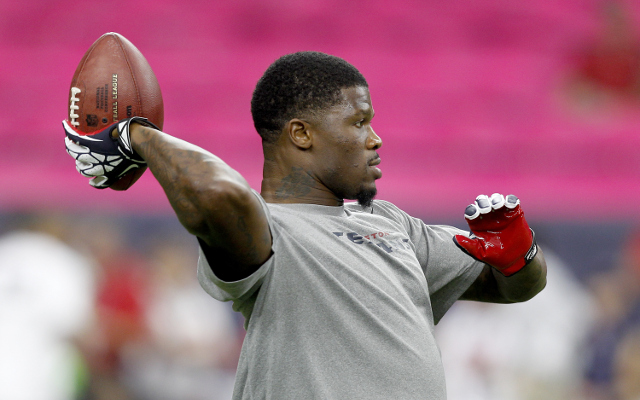