South African duo hold five-shot lead ahead of final round.

South African pair Richard Sterne and Trevor Fisher Jnr look set for a straight fight for victory in the European Tour’s Joburg Open after ending day three with a share of the lead, five shots clear of their rivals.

Three shots in front before the start of the third round, the duo moved to 19-under par totals thanks to rounds of 68 ahead of a quartet on 14-under which includes a further three South Africans – Charl Schwartzel, George Coetzee and Jaco Van Zyl – and Chile’s Felipe Aguilar.

Both Sterne and Fisher birdied the last to leave to open up the five-shot lead, which should mean it is a direct fight for victory between the compatriots at the Royal Johannesburg & Kensington Golf Club.

Fisher, a graduate of South Africa’s Sunshine Tour, is chasing his first European Tour triumph, while Sterne is hoping to add to the five tour victories already on his CV.

A bit of nerves set in there,” was Fisher’s assessment of his round on the official European Tour website. “You try not to think about the lead, but it’s there in front of you. I was a bit jumpy with the swing and wasn’t waiting at the top, so I hit a few bad shots there.

“But I came back nicely with a few birdies. It’s just a feeling, and you’ve got to try and feel comfortable out there as much as possible.”

Round of the day went to South African Garth Mulroy, whose 65 was good enough to move him up to tied eighth overall. 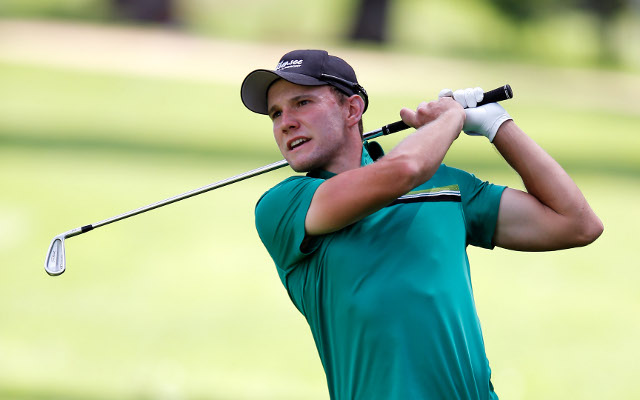 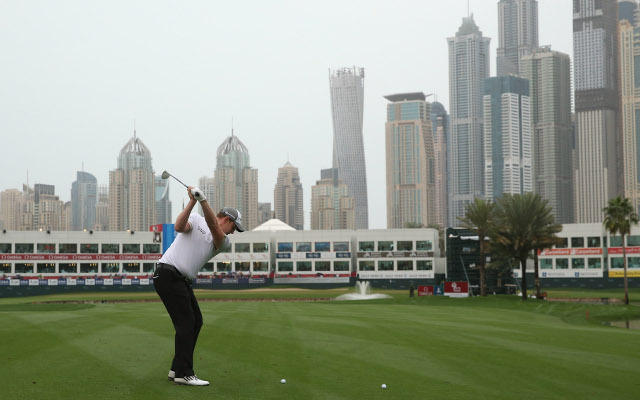