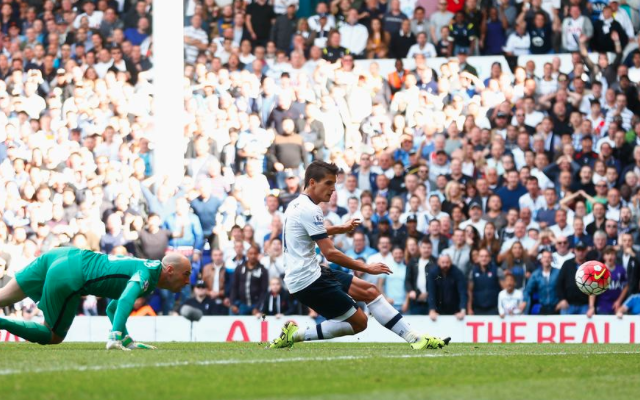 Produced a rocket of a low shot to draw the hosts level and continues to be one of his side’s most consistent performers, breaking up play and sweeping up trouble in front of his back four.

Had to curb some of his natural attacking instincts to sit alongside Dier in midfield, and certainly was not overwhelmed battling with such an experienced and established opposition pairing.

Put in a great defensive shift which will be as appreciated by the Spurs fans as much as the composure that he showed to score the fourth goal – his first in the league this term and well deserved.

Could not add to his pre-match tally of three goals in four games, although had a goal disallowed for offside, but worked very hard after he was switched to the left wing to help out Davies.

The Dane was well below par in the opening half an hour and had to be shifted inside because he was a liability defensively, but came up with one of his magic set pieces which rebounded to Kane.