Arsenal manager Arsene Wenger is ready to make a £12m move for Manchester United and England defender Chris Smalling, 25, whom he first tried to buy in 2010 – (Daily Mirror)

Southampton defender Toby Alderweireld, 26, who is on loan from Atletico Madrid, has hinted at a move to Tottenham this summer by admitting he would like to play with former Ajax team-mate Jan Vertonghen again – (Daily Telegraph)

Scouts from Chelsea watched Lazio forward Felipe Anderson, 21, who is under contract until 2020, score both goals in the recent 2-0 win at Torino – (London Evening Standard)

Chelsea want £10m for goalkeeper Petr Cech, 32, who is thought to be looking for a move this summer after losing his first-team place to Thibaut Courtois, 22 – (Daily Mirror) 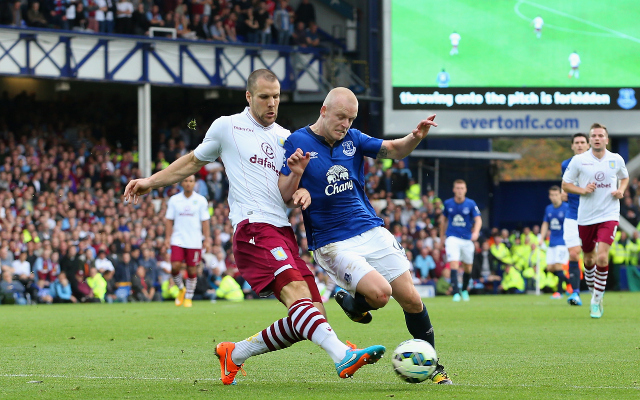 Manchester United’s hopes of signing Porto full-back Danilo, 23, have been boosted after he denied any knowledge of an impending move to Real Madrid – (Metro)

England are capable of winning the 2022 World Cup if more homegrown players are given a chance in the Premier League, Football Association chairman Greg Dyke says – (Guardian)

Arsenal will ask record signing Mesut Ozil, 26, to explain his actions after he was pictured in a Berlin nightclub hours after being declared unfit to play, but insist the midfielder was free to go out on a night off – (London Evening Standard)

Aston Villa defender Leandro Bacuna, 23, reckons a jovial training ground since the arrival of new boss Tim Sherwood has helped lift the club away from the bottom three – (Birmingham Mail)

Great Britain will not send a women’s team to the 2016 Olympics in Rio, because of opposition from the Welsh, Scottish and Northern Irish FAs – (Daily Mail)