Gold Coast Suns coach Rodney Eade says he is “bemused” by the AFL tribunal’s decision to hit Steven May with a three-week ban for his bump on Tom Rockliff on the weekend.

The AFL match review panel offered May a two-match ban with an early guilty plea, however he unsuccessfully contested the ban at the tribunal.

Eade couldn’t hide his frustration with the decision, saying most football experts were “stunned”.

“I’m totally bemused to be honest, totally flummoxed by it,” Eade is quoted as saying by AAP.

“All the respected experts you listen to, who have a good idea on football, are totally stunned by it.

“For him to get the same as Luke Hodge? Steven we thought was a solid bump, but he didn’t go off his line much.

“It’s one of the arts of playing AFL footy.

“He only had one alternative option, that was a viable option as far as winning the ball, and that’s what our game’s about.

“I thought the system was really improved this year, but that decision leaves you flat.”

Eade has support in Collingwood coach Nathan Buckley, who on Wednesday said that he did not agree with the tribunal’s decision.

Personally I don’t agree with the decision,” Buckley is quoted as saying by AAP.

“I think the decision went against him (because) there was an alternate option for him to contest the footy – and absolutely there was – but if you’re 30m out from goal and you dive on the footy then it’s a free kick against you.

“I can understand the thought process of the kid and why he attacked the body first before coming down to the ball.”

May will now miss his side’s upcoming matches against Adelaide, West Coast and Collingwood.

Already struggling with injuries and suspensions, the young trio of Harley Bennell, Brandon Matera and Trent Mackenzie will also be missing for the Suns this weekend after they were stood down after being spotted drinking following the Suns’ win over the Lions.

Check out the bump below: 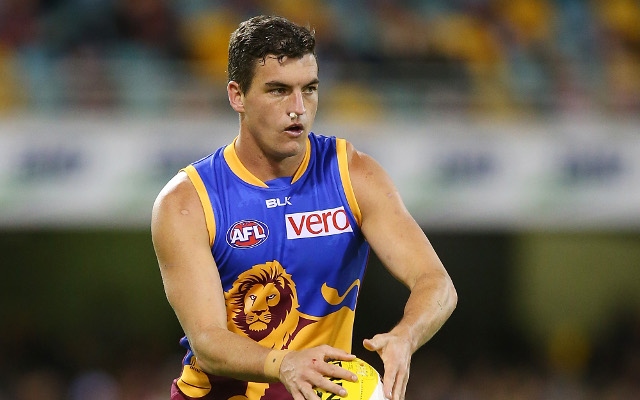