Captain leads from the front to secure the side’s first win for the season.

An inspirational performance from Gold Coast Suns’ captain Gary Ablett has see him spearhead his side to a first round upset of St Kilda at Metricon Stadium.

Ablett was everywhere when it mattered with his performance sealing his reputation as the game’s best player, as he helped drive the Gold Coast to a 13.12.90 to 10.17.77 victory

“It feels great, it’s great to start the season with a win and to do it at home,” Ablett said after the final siren. 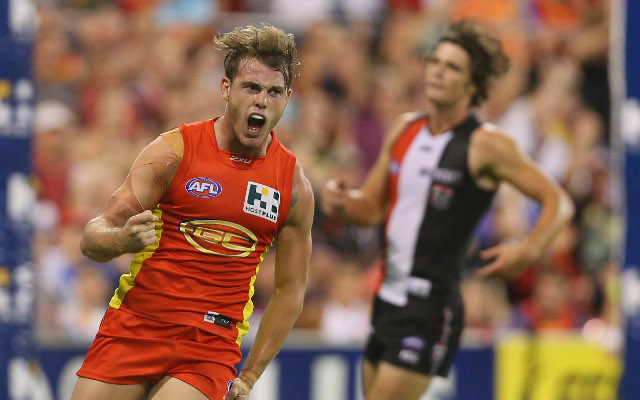 Ablett also said the group, now in its third AFL season, had matured and did not panic when the Saints kicked clear in the second quarter.

Underlying the magnitude of the first up win for the Suns, is the fact they only earned three victories last season and finished a lowly 17th on the ladder.

Also the last time the sides played in 2012, St Kilda walked away handsome winners as they crushed the Suns by 95 points.

But the most important statistics to come from the team’s first round game this year are Ablett’s personal contribution to the win.

His fingerprints were all over the ball when his side needed his skill and experience, with the five-time All-Australian gaining 34 disposals and kicking four goals, two of which sparked the Suns comeback in the last term.

The Suns started the better of the two sides as they jumped out to an early 11-point lead before the Saints fought back before the first break to keep in touch.

A goal to Terry Milera from point-blank range mid-way through the second term gave the Saints the lead for the first time, and when Nick Riewoldt and David Armitage also kicked truly the visitors had a lead of 21.

A three goal to one third term to the Suns saw them claw their way back into the game, and at the final break just nine points separated the sides. 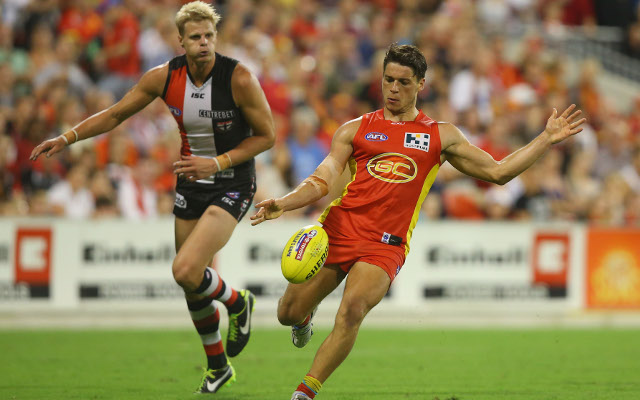 A free kick given away by Sam Gilbert gifted Ablett’s first major of the last term when he slotted the chance from 35 meters out, straight in front to cut the deficit to three.

Arryn Siposs hit back for the visitors before Charlie Dixon and Ablett landed a one-two punch that saw the Suns grab the lead for the first time since the second term, one they would not relinquish, running out deserving victors.