A small minority of football fans have come up with the theory that a player modelling their club’s kit ahead of the new season means that they definitely aren’t going to be sold.

Unfortunately, the Daily Mirror have thoroughly squashed such suggestions this week, hinting that Harry Kane could indeed be on the way to Manchester United this summer.

Raheem Sterling also appeared in the new Liverpool kit last month, but apparently he’s none the likelier to be staying at Anfield as a result, with the likes of Manchester City and Arsenal still circling.

In fact, the Mirror have picked out five examples from times gone by, where players have moved just weeks after strutting their stuff in the new strip. Check out the countdown below…

Suarez enjoyed the best season of his career in 2013-14, scoring 31 Premier League goals. However, after his controversial bite at the World Cup, he was sold to Barcelona for £75m. He’s since returned from suspension to hit the ground running in Spain, scoring 24 goals in all competitions and propelling his new club to the verge of the La Liga title and the Champions League final. 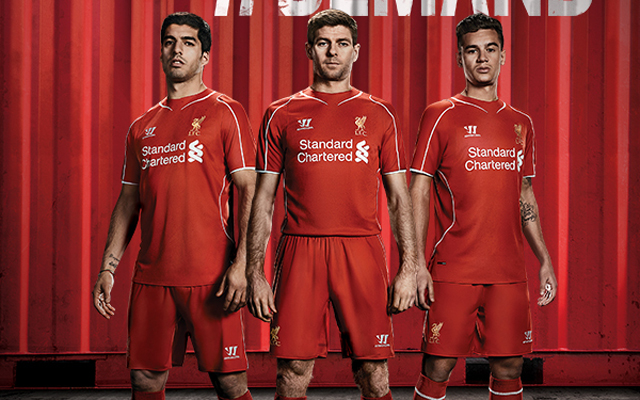