Five South American talents in the sights of Premier League clubs.With the 2014 World Cup being hosted in Brazil, it seems as though the tournament is bringing the very best out of the neighbouring South American nations, who have all really caught the eye so far in some mouth-watering encounters.

This should perhaps be no surprise to us now with so many of these players established as world class through their performances with their clubs, some of whom are among the biggest in Europe. Some, however, have really seen their stock rise with their performances at this World Cup, and could now make their way to England to light up the Premier League next season. Below are five of the biggest and most in-demand South American names of the moment picked out by fanatix. 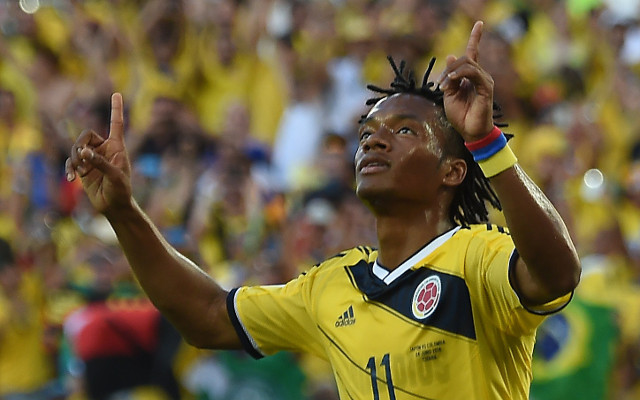 After emerging as one of the best attacking midfielders in Serie A with Fiorentina this season, Juan Cuadrado is really showing his immense quality on the big stage this summer, playing a starring role so far in Colombia’s superb run to the quarter-finals of the competition. With one goal and four assists so far, the 26-year-old looks like the complete wide-player, and it is no surprise to see so many top clubs chasing him. As well as the likes of Barcelona and Juventus, Arsenal and Manchester United have been linked with moves to bring him to the Premier League next season, and it would certainly be a major boost for either club to have such a superb talent on their hands.