Despite having one of the most stained reputations in the NFL, running back Ray Rice is hopeful that he will get a second chance.

Former Baltimore Ravens running back Ray Rice has been out of the NFL for an entire season since being discovered to have punched his wife in an elevator before dragging her unconscious body.

A video of him doing this violent act was caught on video and released to the public by TMZ, and the Ravens released him.

Rice will be a marked man for the rest of his career when he looks for a new team to resume his career with, but he remains optimistic that a team will take a chance on him.

“I don’t like to be singled out, I like to be part of the team, if they can understand that I’ll do anything to help the situation and go out and give them the best football I got, I think I’ll get a second chance,” Rice said to the Baltimore Sun.

Rice also promised to “own his mistake” when he is being questioned by potential suitors, but it will be difficult for him to find a team to begin with due to his soiled reputation.

The Ravens did not miss a beat without Rice though as Justin Forsett had a breakout season with 1,266 rushing yards and eight touchdowns. 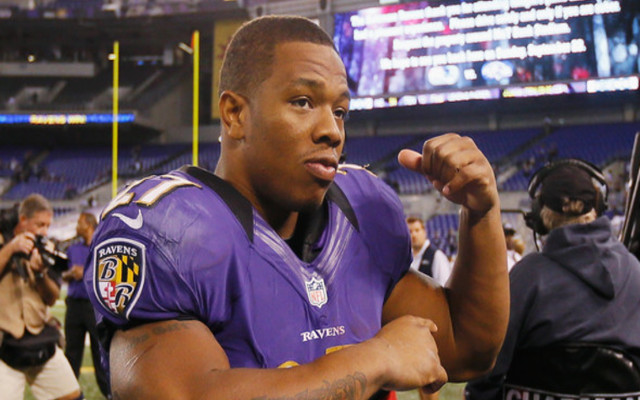