Mori joined Everton from River Plate on deadline day in a reported £9.7m deal and made his debut for the club during the Toffees’ shock 3-1 win over Chelsea at Goodison Park on Saturday.

However, the 24-year-old could have played for Chelsea against the Toffees if it wasn’t for work permit issues, the player has revealed.

“It can be said that it’s my second spell at England — I had a trial for Chelsea a few years ago alongside with my twin brother,” he told Daily Express, as reported by ESPNFC.

“We stayed at Chelsea for two weeks but had to leave because we didn’t have an European passport.

“Well, I still don’t have a European passport but Everton truly wanted me. So now I hope to be ready and get used to playing in the Premier League as soon as possible.”

Everton signed Mori on a five-year deal, but the Merseyside club had struggled to obtain a work permit for the centre-back as he has only played once for Argentina.

The Toffees were able to appeal to the UK Home Office, and the defender looks to be an astute pickup by Roberto Martinez.

Mori is also believed to have had interest from La Liga heavyweights Villarreal, but the Argentina international said he only hoped for a move to Everton once hearing of the club’s interest. 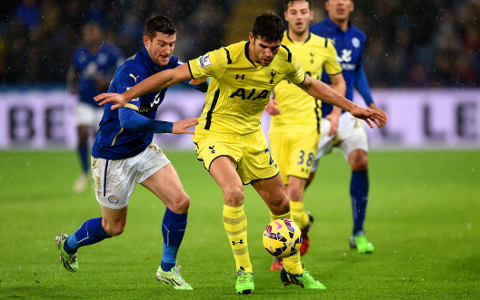