The full draw for the round of 16 in the Europa League.

Just a day after the last round of Europa League fixtures has been played, the draw for the next round has thrown up some very interesting match ups. 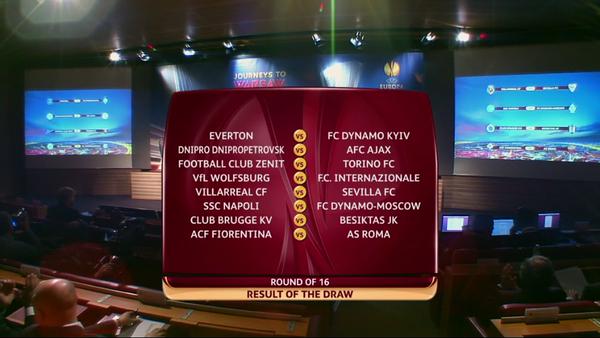