Brian Lamela suggests his brother is set for Spurs move. 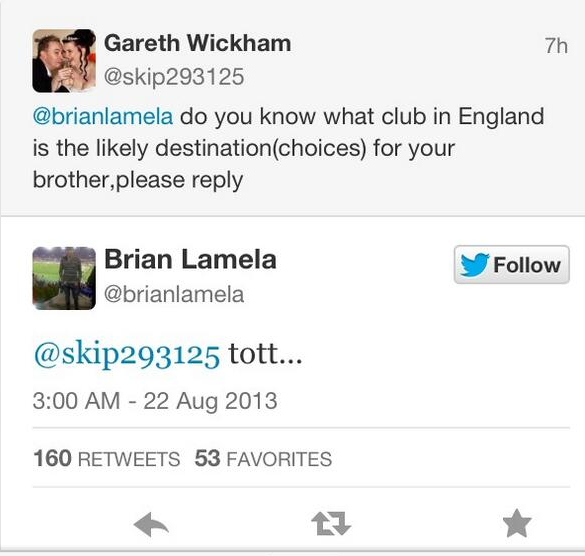 Erik Lamela’s brother has dropped a huge hint that the winger is on his way to Tottenham.

After confirming that his brother will be moving to the Premier League, Brian Lamela was asked by a fan which team the 21-year-old would be joining.

His reply ‘tott’, which has since been deleted, strongly suggests the rumours linking Lamela with a move to White Hart Lane have substance.

With thanks to OffthePost for the image.