Adem Ljajic was a key target for Man United & Liverpool’s winger depth, but he snubbed the Premier League.

Former AS Roma winger Adem Ljajic was a hot target for Man United, Liverpool and West Ham United this summer but ultimately went to Inter Milan.

According to the Express, Adem Ljajic revealed that he felt wanted at Inter Milan as soon as he spoke to club boss Roberto Mancini – whereas the three Premier League outfits didn’t even have offers on the table.

“I am very happy to have come to Inter,” the 23-year-old Ljajic said. “It all happened on transfer deadline day, when I was in Belgrade with my national team, so this is my first day in Milan.

“On the last day I spoke to Roberto Mancini, he explained everything and I immediately said I didn’t even need time to think about it.

“I wanted to come here and in the end it all went well. As of today I am an Inter player and I’m very happy.”

Acquired by Roma for €11m in 2013, Adem Ljajic has scored 14 goals over the last two seasons with the Serie A outfit, and the young winger has 14 caps with 2 goals for the Serbian national team. 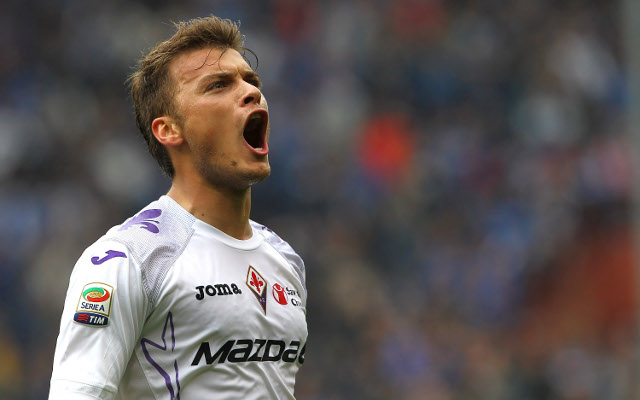 AC Milan have made enquiry for Fiorentina striker says lawyer