All-Star centre slams the team in the wake of recent defeats.

Dwight Howard has hit out at his team after the Houston Rockets were humbled by two lowly Western Conferences sides in a road trip to forget.

After a lackluster effort against Utah, the Rockets, who many tipped to rise out of the pack and contend for the conference title this season, struggled against the Phoenix Suns, losing 97-88 at home.

When asked why the side lost to the Suns, Howard did not hold back and questioned his teammate’s effort, with his comments set to test the harmony and off-court strength of the Houston side.

“[Expletive] effort out there on defense and on offense,” Howard said. “The ball stuck … We didn’t move it and we can’t win that way.”

“We know what we (have to) do. It’s gotta be important for guys to come out and play the same way every night.”

Houston was short-staffed for its clash with the Suns with Chandler Parsons (sore back), Jeremy Lin (sprained right knee), Omer Asik (right thigh contusion) and Greg Smith (sprained right knee). But neither Howard or coach Kevin McHale, who kept the locker room closed for 20 minutes after the game, would accept that out.

“You still have to play,” McHale said. “I don’t care who’s not there. You just [have to] go play and we didn’t play the right way.

“We didn’t move the ball. We didn’t move our bodies. They got up on us and started denying passes. We didn’t go backdoor. We didn’t drive all the scenes. When we did drive, we took wild shots…We did not play very good and that’s the bottom line.”

Howard said in a tough Western conference, the Rockets could not afford to drop games to sides below them in the standings or risk leaving themselves too much work to do after the All-Star break.

“We can’t give away games like this,” Howard said. “It will come back and bite us later on in the season. So we got to learn no matter how many guys we got out there, short-handed and all, we got to play the same way — play hard and play aggressive.

“It’s just [has to] be in you. You can’t coach it. You can’t draw up plays or anything like that. You just gotta have it.” 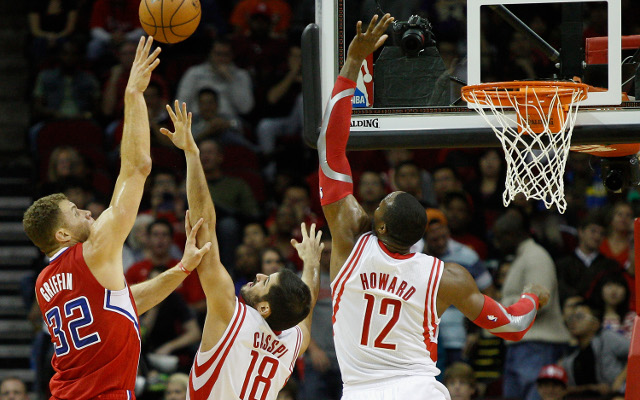