Real Madrid may have dropped a major hint over the future of Manchester United goalkeeper David de Gea.

De Gea has been heavily linked with a move to the La Liga giants this summer, however, club bosses at the Bernabeu have so far balked it United’s reported £35m asking price.

The 24-year-old is in the last year of his contract with the Premier League club and is understood to have refused to sign a new deal with the Red Devils as he pushes towards a move back to Spain.

Real Madrid have added more weight to claims that De Gea will remain at Manchester United for another season after it was revealed Costa Rican international Keylor Navas had been handed the number one shirt following the departure of Iker Casillas to FC Porto. 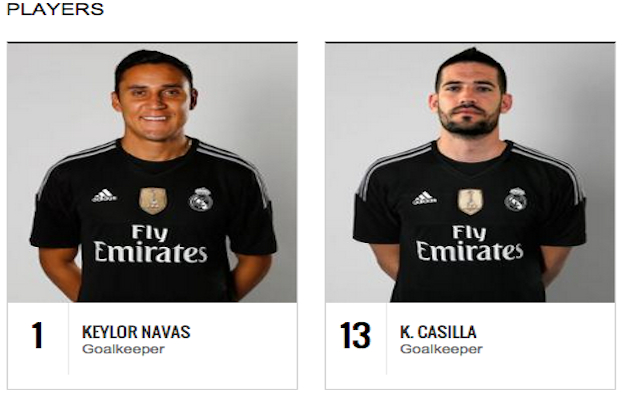 Real Madrid on Friday announced it had signed Espanyol goalkeeper Kiko Casilla on a five-year deal, with the 28-year-old replacing Navas in the number 13 shirt.