“Manchester United acts appropriately and efficiently in its transfer dealings. The Club is delighted that its fan-favourite double Player of the Year, David de Gea, remains a Manchester United player.”

Manchester United have responded strongly to Real Madrid’s claims that they are to blame for David de Gea’s collapsed transfer to the Bernabeu.

Los Blancos reached a player-plus-cash deal worth £29m for De Gea on Monday, with the Spaniard joining them and Keylor Navas going the other way.

But the move fell through at the last minute because of the documentation failing to reach La Liga before the transfer deadline at 11pm yesterday.

Madrid released a statement this afternoon in which they pointed the finger at United for slowing down the negotiations and causing the deal to break down.


And now the Red Devils have defended themselves in their own lengthy retort. Read it in full below:

“Manchester United notes Real Madrid’s statement on the attempt to sign David De Gea and sell Navas to Manchester United. The Club feels compelled to provide some clarification with the following facts.

• “Manchester United did not seek contact from Real Madrid for the sale of David. David is a key member of our squad and the club’s preference was not to sell. • No offer was received for David until yesterday.

• “At lunchtime yesterday, Real Madrid made its first offer to buy David. A deal was agreed between the clubs, which included Navas being transferred to Old Trafford. The deals were dependent on each other. 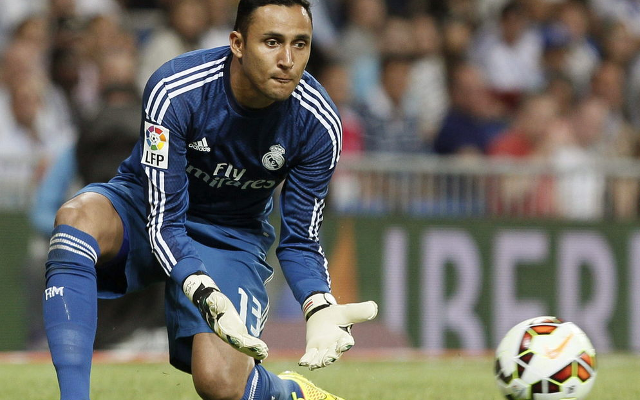 • “At this point Navas’ documentation was still not returned by Real Madrid.

• “At 2258 BST, the transfer agreement was sent back by Manchester United, uploaded onto TMS and accepted – all before the deadline.

• “It is our understanding that the deals couldn’t happen because:

– “Real Madrid didn’t upload David’s documents to the Spanish league in time, per reports it seems some 28 minutes after the deadline • The fact that Manchester United filed the papers on time was acknowledged by the Football Association, who offered to support that claim in any discussions with FIFA. The Club offered this assistance, as well as its own timestamped documents to Real Madrid but they have chosen not to go down this route.

“Manchester United acts appropriately and efficiently in its transfer dealings. The Club is delighted that its fan-favourite double Player of the Year, David de Gea, remains a Manchester United player.”