England’s players were performing well across the country in the County Championship Division One.

Despite a strong performance from England’s Stuart Broad with the ball, Durham seized control on day three through former Notts player Will Smith.

Smith hit 153 runs until being dismissed by Samit Patel with his side on 356-8, before tail-enders Gareth Breese and Mark Wood took the visitors’ total to a healthy 151-run lead.

It was a tale of two Lions as bowlers Broad and Graeme Swann had differing fortunes ahead of a busy summer of cricket with England.

After shaking off a groin strain that forced him off the pitch on day one, seamer Broad went on to take figures of 4-88 and looked sharp for his county.

Swann meanwhile is playing in his first professional match since having surgery on his elbow and it proved to be a difficult innings for the spinner as he conceded 90 runs for no wicket.

In reply the hosts lost Alex Hales for a duck before bowler Wood added to the 58 not-out he scored with the bat by taking three Notts wickets for 36 runs.

Michael Lumb did hit an unbeaten 77 for the home side as they trail Durham by six runs going into the final day.

England teammates Joe Root and Jonny Bairstow staked their claims for a place in the national side as both men scored well with the bat.

Yorkshire’s Root hit a career-best 236 and Bairstow made 186 as the pair shared a stand of 231 runs and helped their side towards a winning margin.

Even when Root was dismissed by Dan Redfern new batsman Gary Ballance joined Bairstow at the crease and they put on a partnership of 117 runs.

After Derbshire’s Chesney Hughes had smashed an amazing 270 the day before the efforts from the Three Lions duo just added to the batting masterclass at Headingley.

Bairstow lost his wicket off the penultimate over of the day from Wayne Durston but the home side are still in control.

Warwickshire made the most of having their England players back for this match as both Jonathan Trott and Ian Bell did well with the bat.

Trott scored an unbeaten 87 whilst Bell chipped in with 58 as the away side racked up a formidable total on day one.

Opener Verun Chopra also scored 87 after being named in the England Lions squad this week and Will Porterfield weighed in with 33.

The visitors did ride their luck at times as Trott was put down in the slips while he was still on just one run and later in the day Tim Ambrose was also dropped in the field.

Sussex bowler Chris Jordan continued his good form this season however as he dismissed Bell and night-watchman Chris Wright to give the hosts a fighting chance going into day two. 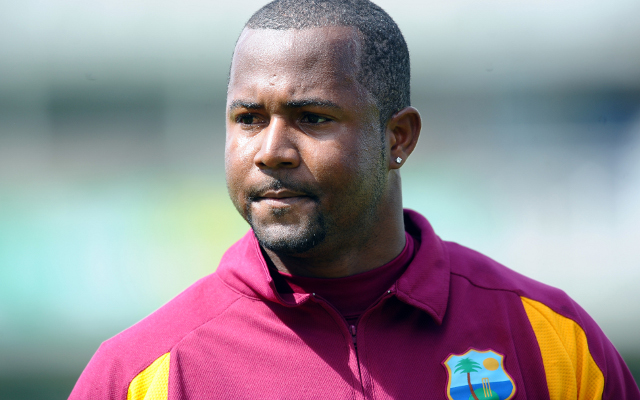