Southampton’s Shaw is finally to make the move to Stamford Bridge.

As crisis hits the Southampton hierarchy Chelsea are preparing to swoop in with a colossal £30m bid for their talented left-back Luke Shaw, according to the Daily Star. 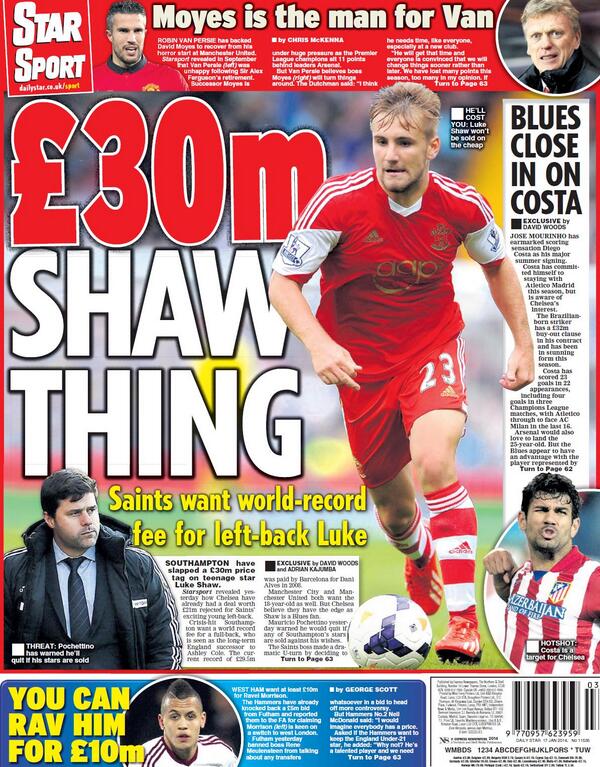 Saints chairman Nicola Cortese has left the club, leaving inexperienced owner Katharina Liebherr to take up the slack and run things for the time being.

There has been some good news as manager Mauricio Pochettino has vowed to stay, but the latest developments is sure to have shaken up the team.

This is probably why the Blues have chosen this opportunity to capitalise on the chaos and make a swoop for long-term target Shaw.

The 18-year-old has been brilliant at St Mary’s for the past two seasons in the English top flight and is now an established first team player.

Shaw has made 48 appearances for the south coast club in all competitions since progressing from the side’s youth academy in 2012.

As a self confessed fan of the west London club however, the defender is likely to be tempted by a switch to Stamford Bridge.

Jose Mourinho is looking to find a replacement for veteran full-back Ashley Cole, who has struggled with both form and injury this term and is approaching the end of the England international’s career at 33-years-old.

The Portuguese coach also has doubts over the capabilities of Ryan Bertrand and has chosen to play Cesar Azpilicueta on the left side of defence, despite naturally being a right-back.