The 2014-15 campaign was a pretty good one for Jose Mourinho’s Chelsea. Here, fanatix, assesses the Blues’ season, looking at how they performed in the transfer market, who stole the show, who didn’t, and how things could get even better next term…

Champions of England for the first time since 2010, losing just three of their 38 Premier league games. Mourinho’s also added the Capital One Cup to the Stamford Bridge trophy cabinet.

However, it was not all rosy. Defeat to Paris Saint-Germain in the last-16 of the Champions League, coupled with a shock home loss to lowly Bradford City in the FA Cup, killed what were genuine dreams of a famous quadruple.

Fabregas and Costa hit the ground running. The former Arsenal captain provided 18 assists in the league, many of which were for old man Costa, who bagged 20 goals in 26 top-flight outings.

Free transfer Drogba and £10.5m buy Remy provided reasonable back-up for Costa, who struggled with hamstring injuries off and on, but neither deputy could come close to matching the Spain international’s record in front of goal.

Meanwhile, Luis has been harshly labelled a flop, after making just nine league starts. The Brazilian’s performances were fairly good. His problem was that Cesar Azpilicueta’s were simply brilliant, giving Mourinho little reason to remove him from his starting left-back slot.

Juan Cuadrado was brought in for the best part of £25m in January. He can rightly be called a flop, but, if recent newspaper reports are to be believed, Chelsea may well be able to get their money back in the coming months, with a number of top European sides keen to take the Colombian off Mourinho’s hands. 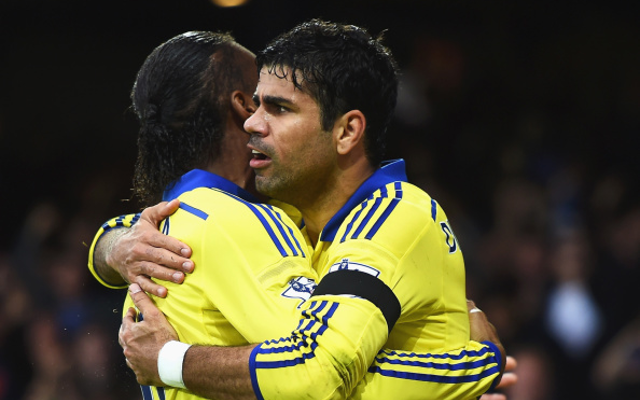