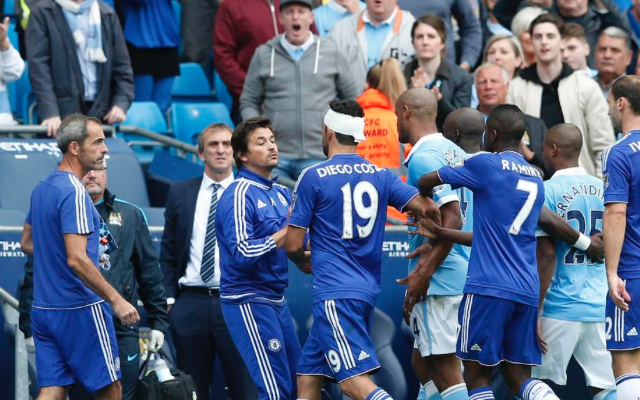 After his blood boiled following an elbow from Fernandinho, a red card seemed inevitable for the feisty striker. He calmed himself down, but would have been equally annoyed that he was not provided with a single chance until hitting the post in stoppage time. His first touch was poor time and time again.

Came on at the break for Terry and provided Chelsea with more of a physical presence in defence.

Made little impact coming off the bench and could have done more to prevent City’s third goal.

Was brought on with 12 minutes to go, but the Citizens went 2-0 up within moments. Nearly squeezed the ball through Hart in stoppage time after Costa’s strike had rebounded to him off the post.